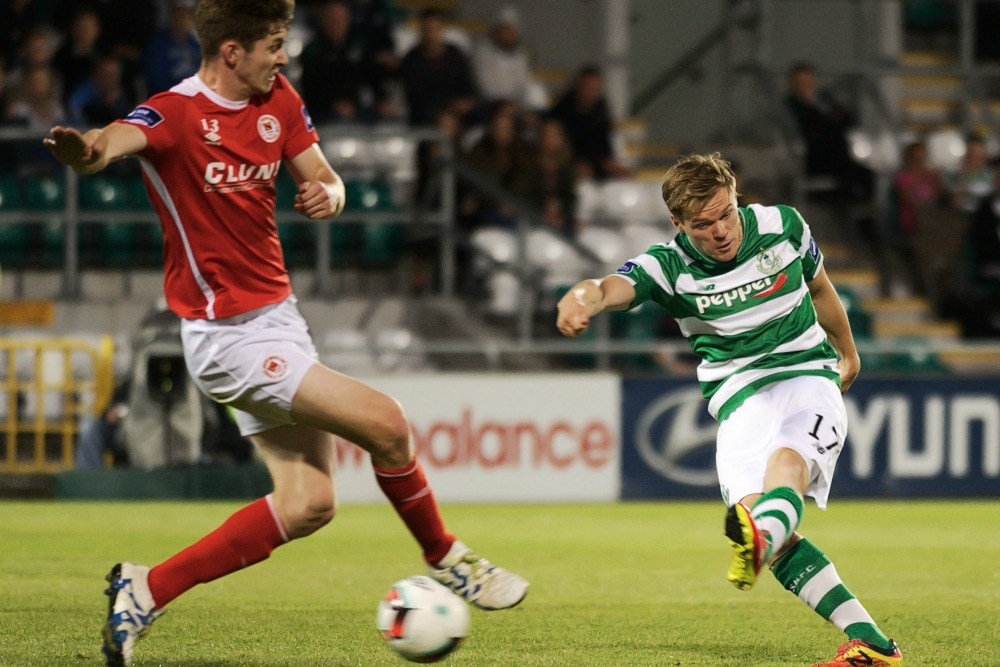 SIMON Madden is looking forward to playing his part in a Shamrock Rovers squad that has been well shaken up by manager Stephen Bradley.

The highly-rated defender is confident that the Hoops have been drastically improved with a good blend of youth and experience being introduced in the off-season.

Former player Ronan Finn returns to the Tallaght side following a successful spell with reigning champions Dundalk, while the likes of Roberto Lopes, Paul Corry and Ryan Connolly also bring plenty of experience to the table.

On top of that, Bradley has injected even more youth into the side with the arrival of the likes of Michael O’Connor and Danny Devine.

Madden, who has twice been on target for Rovers in their six pre-season games, sees this as an exciting period for the side which ignites their 2017 league campaign with a trip to Oriel Park for a clash with champions Dundalk on Friday.

“We’ve had a good pre-season and the new players have bedded in well” said Madden.

“New players always bring that freshness to the squad and they’re in there for a reason. Stephen [Bradley] obviously believes they have the quality to be in there and that they’re good enough to play.

“You could see even from last season that we’ve got the legs, the power and pace which is great to have when you’re playing on a pitch like that in Tallaght.

“The quality of player that we’ve got in has been excellent, many of them with good experience from England” he added.