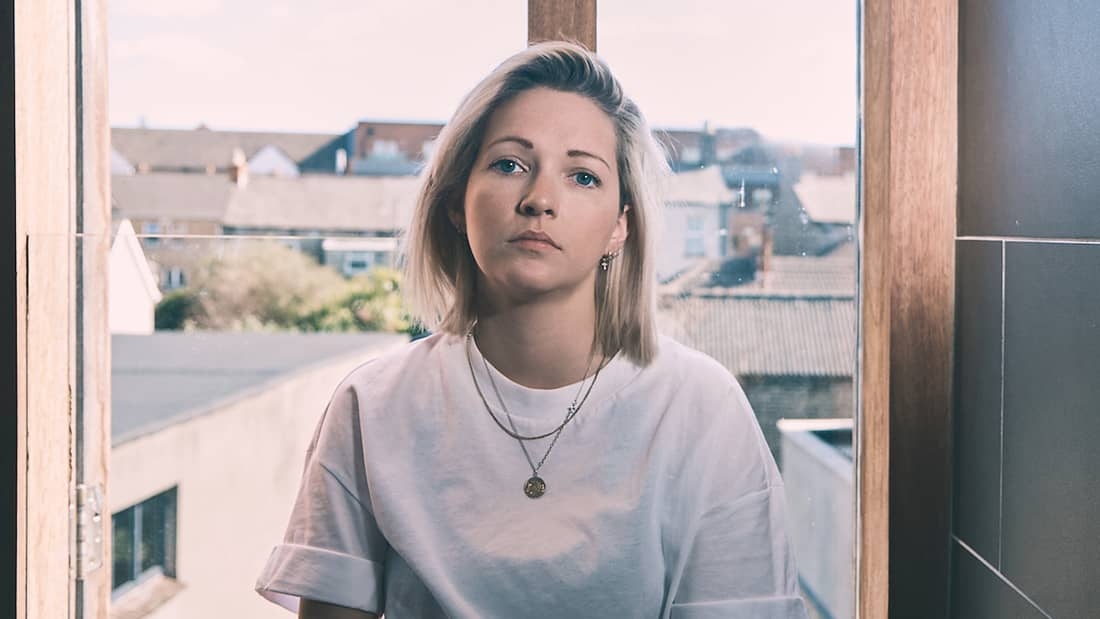 Making a Time Difference: Pandemic created a moment for creativity

A daily routine becomes inverted in the video for Ailbhe Reddy’s single ‘Time Difference’, which sees the Terenure woman clocking into work in an office at night, while starting her morning in the pub, as a conduit for her time spent feeling out-of-sync while working in admin by day and playing gigs at night.

‘Time Difference’ was released in June, and was swiftly followed by the release of ‘Between Your Teeth’ last week, with both tracks offering a slice of thoughtful indie pop tinged with folk leanings, acting as a taster for Ailbhe’s forthcoming debut album, ‘Personal History’.

Like many musicians, a lot of Ailbhe’s plans had to be shelved as a result of the pandemic – including an appearance at SXSW in Austin, But the time was also ripe for creativity for a lot of musicians, leading her to take part in the Irish Women in Harmony’s remote cover of The Cranberries’ ‘Dreams’.

Ailbhe took some time out to tell The Echo about when she started songwriting, the idea behind the video for ‘Time Difference’, what listeners can expect from her debut album and how music fans can best support musicians in the absence of live music.

When did you write your first song, and can you remember what it was like?

I was always coming up with little things when I was a kid. I used to roam around my garden and sing nonsense to my dog, so I was probably inclined to make up melodies early on.

I probably wrote my first fully-formed song when I was about 10 or 11.

It was definitely very bad and definitely inspired by the Red Hot Chili Peppers’ ‘Californication’ album that I used to listen to while doing my homework.

Your songs always centre on your own personal experiences, but have there ever been times when you were nervous or second-guessed releasing a track because of this?

I definitely have. Before I released anything, I was really anxious about people being able to read into lyrics too much.

However, I realised when most people listen to a song for the first time they are projecting their own emotions and experiences onto it.

They’re not really thinking about me at all.

You released your well-received debut EP ‘Hollowed Out Sea’ in 2016, what was that experience like?

When I was releasing ‘Hollowed Out Sea’ I hadn’t a clue what I was doing. I didn’t understand the music industry at all, I didn’t know how any of the technical things worked, or PR or how to get on the radio.

I was really winging it, and getting help from people I knew to push things along. Spotify was the big breakthrough for that EP. I remember I just uploaded it to all streaming platforms and didn’t expect much.

Then one day in work my friend texted me, to say that one of my songs had jumped up to 25,000 streams in a day. I responded saying, ‘Haha, weird, it’s probably a glitch on your phone!’

Can you tell me a bit about the idea behind the video for ‘Time Difference’?

The basic idea stemmed from my many years working in an office and as a musician. I would play late-night shows and then be back in the office the next morning at 9am.

I also always felt like I was living in a different time zone to other people when I was touring.

Long days of travel and late nights is what touring is made up of.

So, I wanted to mix those two things and have a video where I was working a regular desk job at night-time and then going to the pub early in the morning.

The idea of the old rotary phone is very much up to interpretation.

I love that people have noticed it, it’s in every shot, which was a decision we made because I wanted to show the weight of being connected to other people all the time.

The expectation of being constantly ‘on’ and contactable.

What did it mean to you to take part in the Irish Women in Harmony’s cover of ‘Dreams’ during the lockdown?

I am a really big fan of RuthAnne, so when she got in touch with me to take part it was a no-brainer. I had no idea when I signed up that it would become so big. I’m really proud of what we have achieved – it’s not just a cover, we have our own Irish Women in Harmony community of musicians now, which is something we all needed. It was a source of great pride and support during lockdown.

What can listeners expect from your debut album, ‘Personal History’, and what was the recording process like?

The album is a mix of songs like the last two singles, and some slower tempo, more intimate songs.

They are the product of two years of writing and a lot of searching for the right sound. I love being in the studio as a session player and singer.

It’s probably my favourite part of the process.

Lastly, what do you think is the most important thing that music fans can do to support musicians while live music is still off the table?

People should try to buy merch, vinyl or CDs if they can. I really think the lack of touring has highlighted how much musicians are struggling to make ends meet.

Recorded music is of so much worth and we’re not seeing those returns right now, but I’m hoping things will improve.

‘Time Difference’ and ‘Between Your Teeth’ are available now on all streaming platforms, while ‘Personal History’ is out on October 2, and Ailbhe will play a headline show in The Workman’s Club that night.

Details are available at www.ailbhereddy.com.