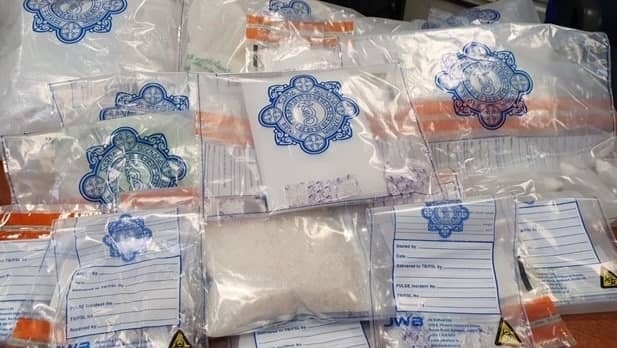 Arrest made during 100k drug seizure in Dublin 8

DRUGS worth in the region of €100,000 were seized during a garda operation in Dublin 8.

Members of Store Street Divisional Drugs Unit, assisted by Revenue Customs officers, seized approximately €100,000 worth of drugs and arrested a man following search operations carried out in the Dublin 8 area on Monday.

Two apartments in the Dublin 8 area were searched.

Cocaine, methamphetamine and GHB (Gamma-hydroxybutyrate) worth an approximate €60,000 was discovered and seized.

A man, aged in 40s, was arrested. He is currently detained at Store Street Garda Station.

Analysis of a seized mobile phone alerted gardai to a package due to be delivered to Ireland from the UK on Tuesday.

Revenue Customs Officers were notified and a package containing €40,000 of methamphetamine was intercepted and seized.