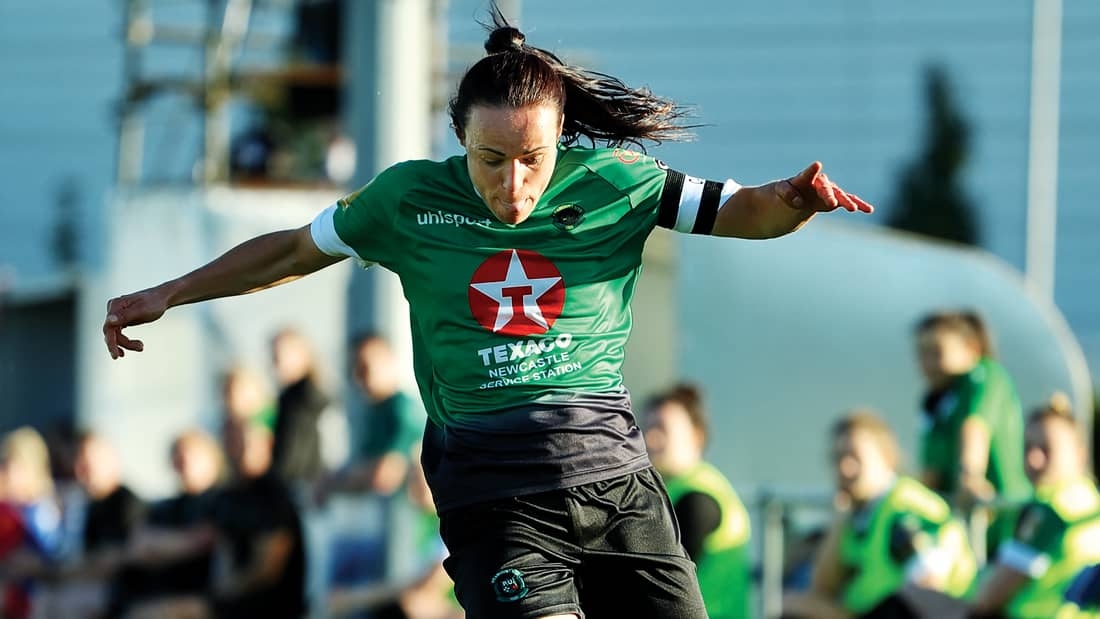 PEAMOUNT United captain Aine O’Gorman was pleased at how the Newcastle side opened the defence of their Women’s National League title, beating Treaty United 5-0 on Saturday.

James O’Callaghan’s side were not about to slip up in their curtain raiser to the delayed 2020 season and it was O’Gorman, herself, who opened their account when she got in on the end of Alannah McEvoy’s pass to rifle the ball beyond the reach of goalkeeper Michaela Mitchell.

The Ireland international doubled her tally and that of her team midway through the opening half, this time Karen Duggan supplying the delivery for her to rattle the net.

McEvoy was rewarded for a fine performance and her part in the opener with a goal of her own, while Stephanie Roche marked her return to action for the Peas’ with a goal.

“They [Treaty] had a few players from Limerick with a few new additions and you could see that they were that bit more organised and got stuck in” O’Gorman told The Echo.

“I’m sure they’ll improve and really put it up to teams through the season.

“It was good to get that first goal especially against teams like that where they’re defending deep.

“They played a 3-5-2 at the start that changed to five at the back at times, but we just kept working hard and when those gaps appeared we took our chances.

“It’s always nice to get on the scoresheet, but the main thing is that the team won” she insisted.

O’Gorman believes the fierce competition for places in the squad will serve the champions well in the defence of their title.

“We had a really good pre-season. There was very good intensity there and there’s a lot of competition for places.

“Every time we go out, we’re just looking to hold on to that jersey so that’s great for the team to have that level of competition.

“We’re the defending champions and everyone’s going to want to beat us. We’ve got to play every game like it’s a cup final” she stressed.

Next up for Peamount will be a trip to Bishopstown Stadium on Sunday to face a Cork City outfit looking to bounce back from their 3-1 defeat at the hands of Shelbourne last weekend.

A late surge by the Leesiders, that featured a consolation goal by Saoirse Noonan, did not affect the outcome, although O’Gor-man will not be taking their challenge lightly.

“It’s always tough to go away to Cork” she said. “They’ve got some really good players, so we’ll have to perform really well.”