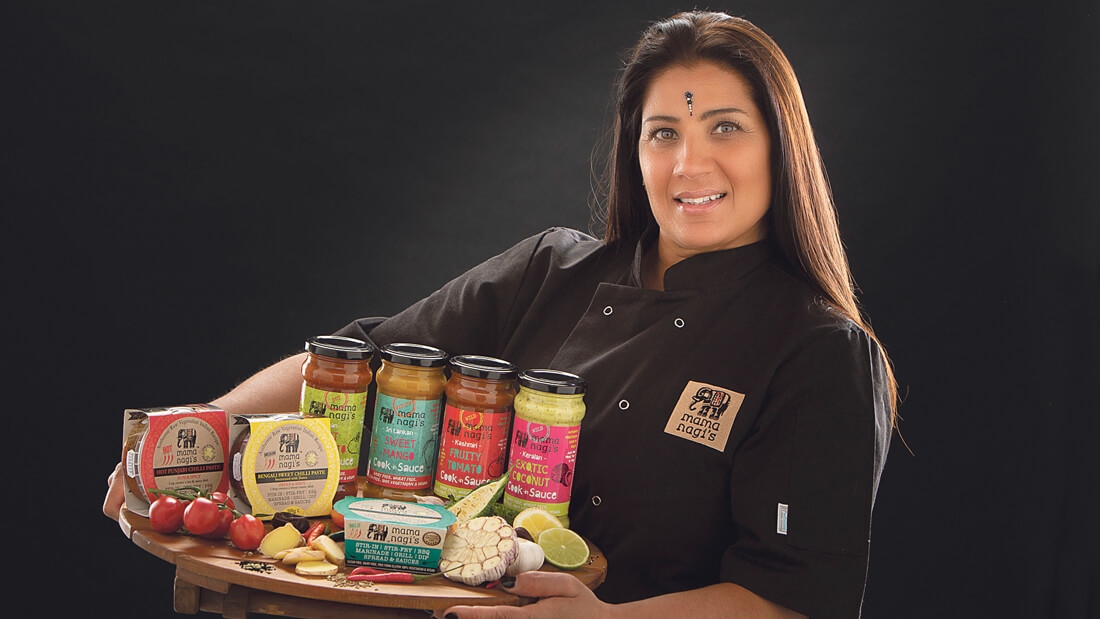 STEEPED in rich history, the multi-generational recipes that make up the Mama Nagi’s pastes and sauces have come a long way to enrich the Irish palate – with the owner cooking out of her adopted hometown of Tallaght.

Mindi Keane was born in Uganda to Kenyan parents, but as a native Indian family they were forced to leave their homes and flee the country in 1972 when dictator Idi Amin ordered the expulsion of Asians from the country, giving them just 90 days to leave.

At the time, when Mindi was just three years old, they were forced to seek refuge in Britain to restart their entire lives all over again, but the one thing that remained consistent throughout was their Indian heritage.

After growing up in Lancashire, Mindi moved to Knocklyon with her Irish husband, Eamon, just 18 years ago and has since begun cooking her mother’s family recipes for all to enjoy.

In 2015, Mama Nagi’s was born out of a kitchen in Partas, Tallaght Enterprise Centre, where Mindi hand-cooked and packaged all of the products for shipping.

The product, which can be used as a stir-in, dip, dressing, and spread among other things now has seven different flavours after launching four new cook-in sauces to pair with the award-winning original chilli pastes.

With the massive jump in scale, Mindi was forced to outsource some of the background workings of the business to other companies around the country – but only after much careful deliberation.

“I was doing it all out of Partas by myself, just outsourcing the accounts and other things like that. But then I had to decide that I need to be the face of the brand and not in the kitchen anymore,” said Mindi.

“The pastes are done in West Cork now. I trust them, but it had to be a thing where they got it just right, I’d be going down saying ‘oh no not like that’. But we got through it and I trust them.”

Since handing over the production reins in January 2018, the company has managed to continue growing. It was recently chosen to take part in the ‘Grow with Aldi’ programme, which will see the products’ launch in 137 stores across the nation this month.

Despite the massive growth of the brand, Mindi has never forgotten were she comes from and hopes that one day she can provide a new home for her 75-year-old mother, who is the real Mama Nagi.

“I have to get it over to the UK. I’d love for my mum to see it in the shop over there. She’s not really well, she suffers from Alzheimer’s and she’s had a tough life.

“It is my goal in life to be able to buy her a bungalow to repay her – she’d probably be in tears.”

Mindi also launched a cooking masterclass this year, where she will teach people how to make traditional Indian dishes. Details are available at www.mamanagis.ie