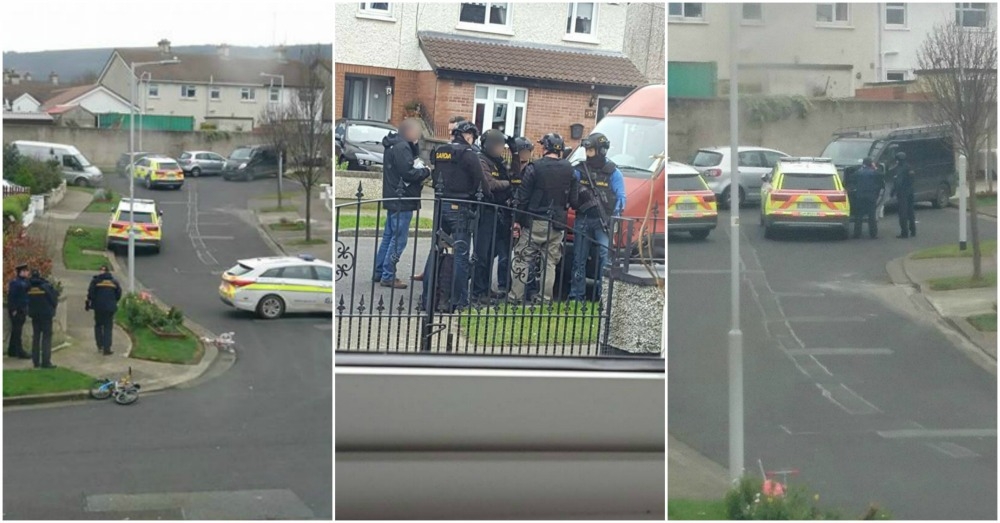 A man is set to appear in court this afternoon in relation to an incident yesterday in Ballyogan in which a woman was held hostage for a time before being released.

In a statement released by Gardai this afternoon a spokesperson said: “Gardaí have charged a male in his 40s in relation to this incident.

“He is due to appear before Dun Laoghaire District Court this afternoon.”

A major stand-off in the Dublin estate that lasted almost five hours yesterday came to an end when the man surrendered to gardai.

A woman (30s) who was being held by man (40s) escaped unharmed, while the man was taken to hospital for treatment.

A number of Garda units attended the scene, including members of the Garda Emergency Response Unit and the Army. A Defence Forces EOD team was requested as a precaution.

Residents from several houses were evacuated as the incident unfolded, with many told to stay away from the area.

Those who remained in their homes were ordered to keep away from windows, with officers flooding the back gardens of homes to gain vantage points.

The large scale operation continued for more than four hours, with the man eventually leaving the house and surrendering himself to officers.