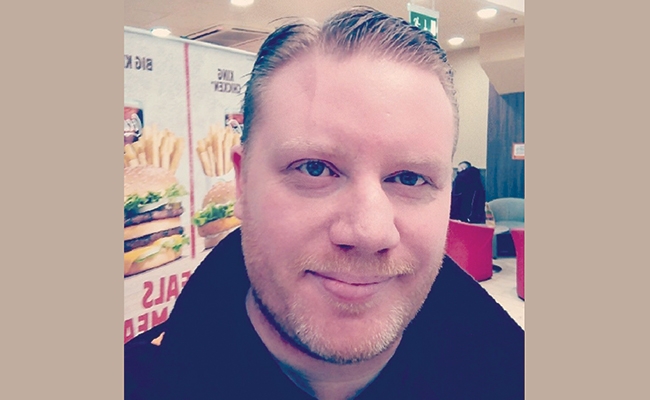 A 35-year-old father of five was not wearing his seat belt when he crashed his car and died, an inquest heard.

Paul Gorman, from Woodford Meadows, Clondalkin, lost control of his car on the Naas Road on June 12, 2016.

Family members paid tribute to Paul after an inquest into his death returned a verdict of mis-adventure.

“Paul was a great father. He adored his children. He was a great musician, he was in a band. He would do anything for you,” Phillip Gorman said of his brother.

Dublin Coroner’s Court heard he had been out socialising in Dublin city centre with a friend and was driving away from the city when the crash occurred around 5.30am.

Road conditions were wet and speed was a factor as Mr Gorman took a left turn at the junction of the Long Mile Road and the Naas Road. He lost control of the car, which hit a kerb and then travelled across the road and hit the opposite kerb before crashing through a barrier.

The car came to rest on its side in the yard of the Garda Credit Union at Fox and Geese on the Naas Road.

“It happened like a movie, he went straight from the kerb down to beside the compound,” witness Augustine Oshodin, a taxi driver, said.

Passenger Vincent Barry recalls the deceased trying to regain control of the car.

“His hands stayed on the steering wheel. He was trying to pull away from the path,” Mr Barry said in his deposition.

The driver was not wearing a seat belt and speeding in excess of 100kmph in the moments before the crash, Forensic Collision Investigator Sergeant Paul Kearney told the court.

The speed limit at the crash location was 60km per hour. Emergency services were called but Mr Gorman was unresponsive at the scene. He was later pronounced dead in hospital at 6.49am.

The cause of death was multiple traumatic injuries due to a road traffic collision. A toxicology report found he had a blood alcohol level of 286 milligrams per cent.

The jury at the inquest returned a verdict of death by misadventure.

NEWER POSTMotorists warned to drive with care as cold snap continues
OLDER POSTJason Lester: “It took a lot from my life and my family’s lives”.