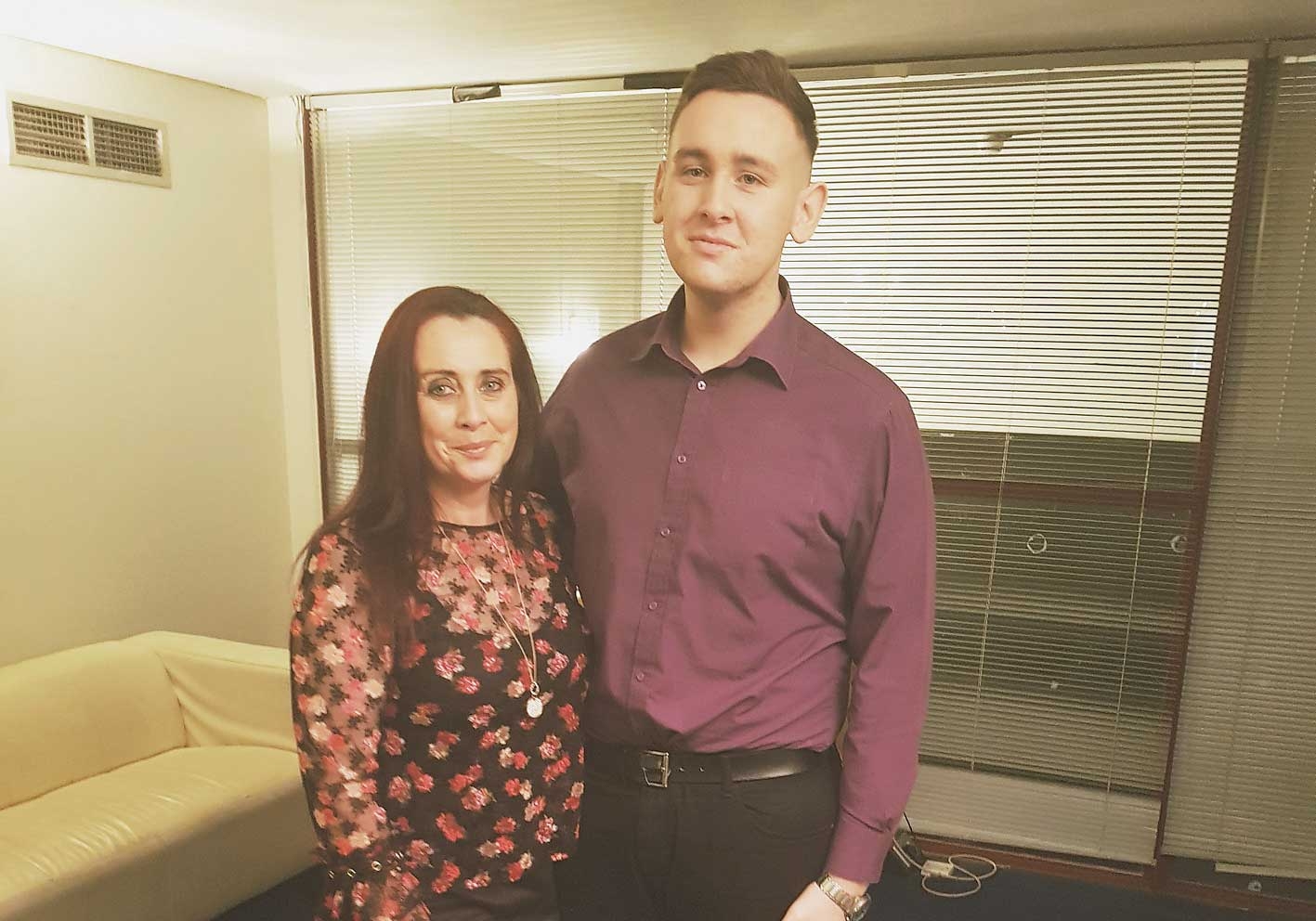 Jason Lester: “It took a lot from my life and my family’s lives”.

A TEENAGER, who was found guilty of the false imprisonment of former Tanaiste Joan Burton during the Jobstown water charges protest and had his conviction overturned on appeal this week, has described his “feeling of relief” at the conclusion of his appeal.

Jason Lester, 18, from Brookview Close in Tallaght was aged just 15 when he took part in the protest in November 2014 and later ended up arrested, questioned and then put on trial last year.

Mr Lester said he found it “very upsetting” to be the only person to be found guilty of the false imprisonment of the former Labour leader and one of her assistants during the controversial protest, as charges against 10 of the 11 adult protesters were formally dropped in the Dublin Circuit Criminal Court.

Speaking to The Echo, Mr Lester said: “It took a lot from my life and my family’s lives, it had a huge impact on me.

“It was something that was always there in the back of my mind.

“The charges were very serious and it was really upsetting when the adults got cleared.”

He added that being subjected to a dawn raid which was carried out by 11 gardai was “a very frightening experience” for him, and he has spent time in hospital due to the stress caused by the court case.

In his non-jury trial last year at the Dublin Children’s Court the then 17-year-old youth had denied falsely imprisoning Burton and her advisor Karen O’Connell for three hours in cars at the Fortunestown Road in Jobstown.

Then aged 17, he was found guilty last year following his trial which went on for a week at the Dublin Children’s Court, but he was spared a custodial sentence.

He faced a possible two-year sentence however, on October 21, 2016, Judge John King imposed a conditional discharge providing the youth did not re-offend in the following nine months.

The 18-year-old, who is now an adult, appealed the verdict and the case was listed in the circuit court last Monday.

Giollaoisa Ó Lideadha SC, defending, said the State’s application was that the appeal would not be opposed.

He also said that though the appeal came from the Children’s Court, his client, who did not address the proceedings, was now 18 years old.

In October charges against 10 of the 11 Jobstown water charge protesters were formally dropped at Dublin Circuit Criminal Court.

In June, six men, including Solidarity TD Paul Murphy, were found not guilty by a jury of falsely imprisoning the politician and her advisor following a nine-week trial.

Charges against a seventh man were dropped halfway through that trial.

In Jason Lester’s trial last year, in the Children’s Court, the defence cited the right to protest and freedom of expression under the Constitution and the European Convention on Human Rights.

However, the trial judge John King held that these protections were not unqualified rights and were subject to conditions and penalties as necessary for public safety and disorder, crime prevention and protection of the rights of others.

The teenager had told gardai he was sorry for the stress he caused to Ms Burton, his trial was told.

Following the four days of hearing evidence and legal arguments, the teenager, who could not be named at the time, was found guilty by Judge King who held it was “indisputable” that the former Labour leader and her advisor were detained against their will, and he said the teenager was present throughout.

Last Monday, following a three-year fight to clear his name, Mr Lester won his appeal against the guilty verdict.

Mr Lester, who works full-time, said: “I’ve had to lose a lot of work days for this, in my opinion it has been a total waste of taxpayers’ money. We are calling for a full public inquiry.”

The young man added: “I’d like to thank everyone who supported me and my family during this.”