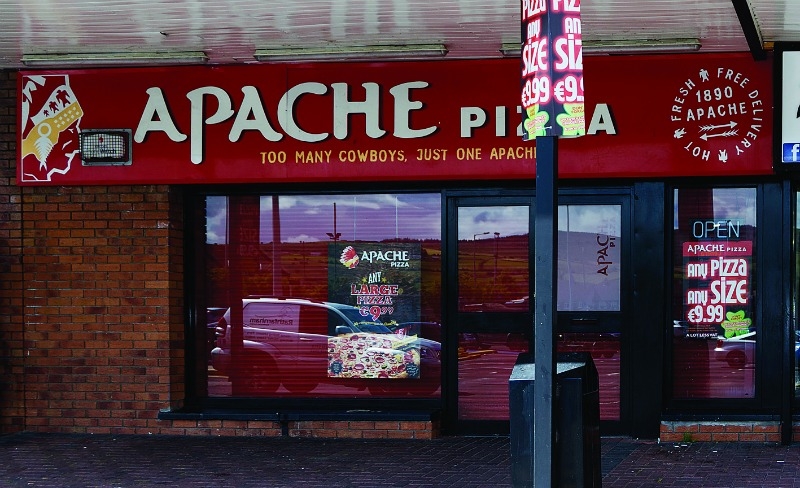 By Fiona Ferguson and Isabel Hayes

A resident who robbed a pizzeria with a chainsaw-wielding accomplice has had his case adjourned for one year on a bond to allow him undergo probation supervision.

The court heard Dempsey was acting completely out of character to pay off a drug debt and was remorseful for the offence. A total of €2,535 was taken from the pizza outlet.

Dempsey, now with an address at St Finnions Close, Achill Island, Co Mayo, also pleaded guilty to robbing a Spar store at Old Court Shopping Centre in Ballycullen, Co Dublin and producing a broken bottle in the course of the offence on July 20, 2015.

Garda Niall Russell told Lisa Dempsey BL, prosecuting, that a staff member was preparing to close the pizzeria in the early hours of the morning when Dempsey and another man carrying an electric chainsaw ran into the store shouting “money, money”.

The other man turned the chainsaw on while Dempsey jumped over the counter and threw the till on the ground. The pair then fled with the till and were spotted by a taxi-driver making off into nearby wasteland.

Gardai searched the wasteland and found the till and hoodie before Dempsey was recognised from CCTV footage. He was arrested two weeks later. He has three previous convictions, including one for burglary.

At the original sentence hearing last December defence barrister, Sorcha Whelan BL, said Dempsey had a cocaine drug debt at the time of the offence. He has moved from Dublin to Mayo to live with his sister and her family, the court heard.

“He has moved away to get away from the negative influences of people he grew up with in Tallaght,” Ms Whelan said. She said Dempsey had got involved in the local boxing club in Mayo and helped out with his sister’s children.

The court heard Dempsey’s father died of lung cancer three years ago and his mother is suffering from late-stage emphysema. He also found the body of his four-month baby nephew who died from cot death. This had a profound effect on him, Ms Whelan said.

She said Dempsey has stopped taking cocaine, but is still using cannabis.

On that date last December Judge Melanie Greally noted Dempsey had failed to engage with probation services as he was previously ordered to do. While appreciating why Dempsey moved to Mayo, she expressed concern that he was “sticking his head in the sand”.

She had adjourned the case to give Dempsey one last chance to engage with probation services in Mayo.

“The alternative, and it’s not an alternative I relish, is to put you back in prison in Dublin in the company of all the people who brought you to the point you’re at,” she said.

On Friday, Judge Greally noted there was a positive probation report before the court.

She said she would put Dempsey on a probation bond for one year during which time he would undergo probation supervision under strict conditions.

Judge Greally adjourned the case until July 2018 for finalisation telling Dempsey he had an extended time to get on top of his residual drug use and put his best foot forward.