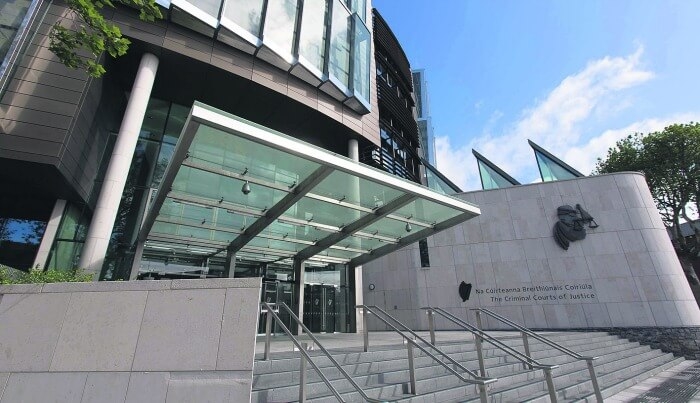 Man threatened wife with knife and slashed her tyres

A Dublin man who boxed his estranged wife in the face, threatened her with a knife and slashed her car tyres has been sentenced to two years and three months in prison, with the final 12 months suspended, reports Jessica Magee.

Father-of-six Larry Connors (37) had denied all charges against him but pleaded guilty to assault on the first day of his trial at Dublin Circuit Criminal Court in October this year.

He was jailed on Friday despite pleas from his wife that his sentence be deferred until after Christmas.

The court heard that the offences occurred over a two-day period, beginning on March 30, 2016, when Connors walked into his wife’s house, pulled a knife on her, threatened to kill her and slashed her car tyres.

He was arrested, spent a night in Tallaght Garda Station and was released the following morning on condition that he stay away from Mrs Connors and her home.

However, later that day, on March 31, he again broke into her house and forced her to drive him in her car, before assaulting her in front of their children.

The court heard the couple had since reconciled and were back living in the same house.

The day before Connors’ scheduled trial, Mrs Connors wrote a letter seeking to withdraw her complaint to gardai. However, the DPP decided to go ahead and prosecute the case.

The court heard that three weeks ago, Connors was arrested for allegedly breaching another Safety Order, however his counsel said he was entitled to the presumption of innocence for this.

Margaret Connors, who was present in court, asked the court via her husband’s barrister that any sentence imposed could be deferred until after Christmas.

However, Judge Cormac Quinn refused to defer the sentence, pointing out the serious nature of the case and in particular Connors’ serious breach of two Safety Orders.

Judge Quinn described the Safety Order, granted by the District Court, as “a most solemn and serious order”.

He gave credit to Connors for his plea of guilty, his remorse, his efforts to address his addictions and his involvement in the care of his children.

The court heard Connors applied to the High Court this year to be allowed out of custody to address his addictions, and successfully completed a 12-week rehabilitation programme at Cuan Mhuire.

The judge suspended the final 12 months of the sentence for two years and ordered Connors to keep the peace and be of good behaviour while in prison and for two years on his release.