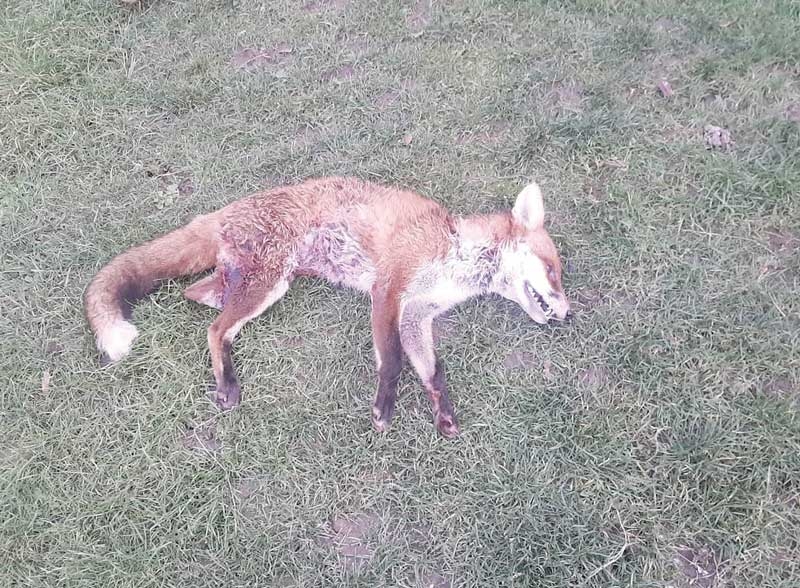 A FOX was subjected to a brutal death in Tallaght last week after it was chased by three men and their dogs in a late-night hunt – which resulted in the animal’s mauled carcass being found in a resident’s garden the following morning.

In recent weeks, a number of late-night sightings of men walking with torches and dogs have been made in the Kilnamanagh and Tymon areas, resulting in speculation that local foxes are being used as training bait.

The Echo understands that at around 2am on Wednesday, December 6, a resident in the Kilnamanagh area spotted three men with torches on the road.

At first the resident thought they were burglars.

However, she then noticed the dogs and witnessed them chase a fox into a neighbour’s garden – where they were spurred on by their owners to kill the fox.

The resident who woke up to find the fox’s mauled remains in her garden, told The Echo: “It was absolutely horrible.

“It looked like the poor animal had been mauled to death and its leg had been ripped off.

“Since we found this fox, I have heard that one or two more have been found dead around the estate in recent weeks.”

She added: “These men egged their dogs on in my garden to kill that animal.

“It’s so cruel and should not be happening.

“I also have three young boys who saw the fox and my eight-year-old was pretty traumatised over the whole thing.

“A number of children on the road who were going to school also saw it.

“They should not be exposed to this . . . and when they went to school, the teachers checked that a family of foxes that have been living on the grounds of the school for years were okay.”

Residents told The Echo that they reported it to gardai and also to the DSPCA in the hope of curbing this type of activity.