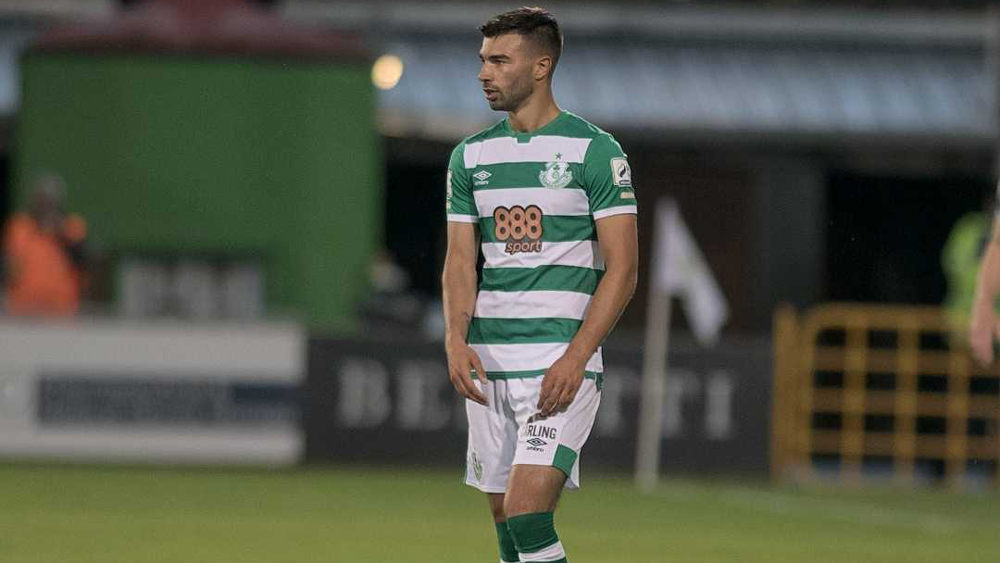 Mandroiu double gets Rovers past Waterford

Danny Mandroiu struck a brace of goals in Tallaght last night to give champions Shamrock Rovers a 2-0 victory against Waterford in the SSE Airtricity League Premier Division.

On level terms with the Blues until the hour mark, the Hoops eventually broke the deadlock courtesy of a superb free-kick from the 22-year-old former Bohemians midfielder.

Part of the Republic of Ireland senior squad for last June’s friendly against Hungary, Mandroiu has had many bright moments since joining Stephen Bradley’s men in December 2020.

His latest contributions have edged Rovers a step closer to securing back-to-back titles as this result – coupled with a 2-0 defeat for St Patrick’s Athletic away to Sligo Rovers – gives them a three-point lead at the summit of the top-flight with two games still in hand.

Deployed in a wide-right role, Mandroiu went close to breaking the deadlock on a couple of occasions during the early exchanges.

After having an early header saved by Waterford netminder Brian Murphy, he smashed the crossbar with a subsequent effort.

The hosts were the dominant team in possession and it seemed like only a matter of time before they took the lead. Lone striker Rory Gaffney fired agonisingly past the target, but the opening period was ultimately a scoreless one.

Waterford were making life difficult for a Rovers outfit that had gone four games without a win in all competitions, but their resistance was finally broken.From a free-kick on the edge of the box, Mandroiu shot powerfully beyond the reach of the helpless Murphy.

There was a great sense of relief around the Tallaght Stadium as a consequence of this breakthrough score and the holders continued to push on for an insurance goal.

It eventually arrived for them with 10 minutes of normal time remaining, when Mandroiu capitalised on excellent build-up play to fire home from inside the area.

Next up for the Hoops is a league meeting with Sligo Rovers in The Showgrounds next Saturday.

Another win here could help to cement their position as the Premier Division pace-setters.