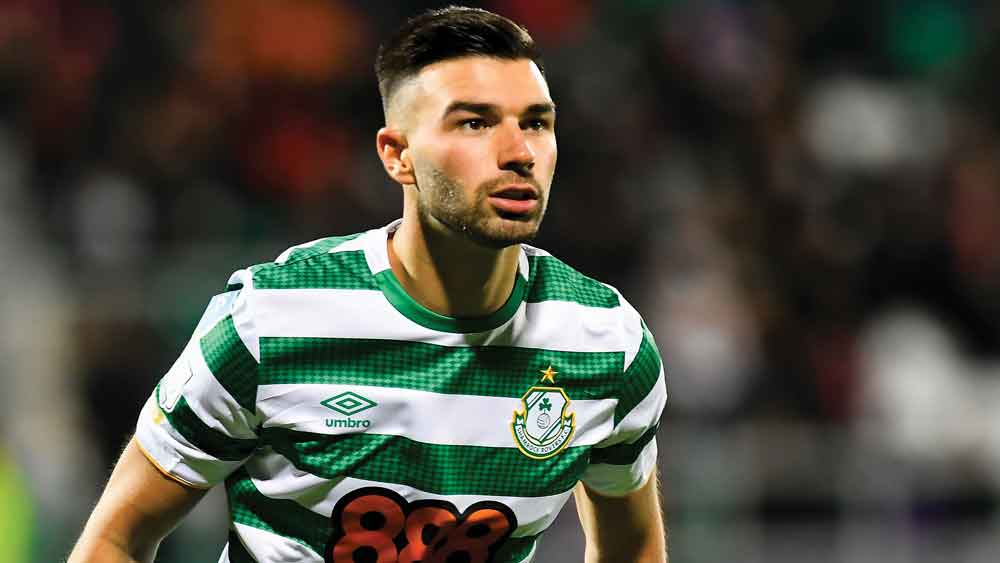 Danny Mandroiu is poised for a move to Lincoln City

Mandroiu on cusp of move to Lincoln from Hoops

SHAMROCK Rovers’ attacking midfielder, Daniel Mandroiu appears to be on his way to English outfit, Lincoln City after completing a medical with the club.

The 23-year-old is set to part ways with the Tallaght side to join the EFL League One outfit.

Rovers’ manager, Stephen Bradley had previously been a target for The Imps earlier in the summer, but the Jobstown man decided to remain on with the defending Airtricity League champions.

Now, Mandroiu, a player whom Bradley brought to Tallaght in January 2021 from rivals Bohemian FC, is reportedly set to sign on the dotted line with the Sincil Bank club.

Lincoln had a rocky season throughout the 2021/22 league campaign, finishing in 17th place and will be eager to bolster their squad.

From the 18 games in which Mandroiu has featured so far this season, the attacking player has a return of seven goals and four assists, helping Rovers to the top of the SSE Airtricity League.

It was during his time at Shamrock Rovers that Mandroiu received his first call-up to the Republic of Ireland senior squad for friendlies against Andorra and Hungary in May 2021.

At underage level, he has represented Ireland at Under 16, Under 19 and Under 21 degree.

Mandroiu’s departure comes at a crucial time in the season for the Hoops, as they prepare for their Champions League qualifying clash with Maltese champions, Hibernians, on Tuesday night.

While it is reported that they will not receive a big transfer fee for Mandroiu, Rovers recently earned a major sum when former player, Gavin Bazunu signed for Southampton from Manchester City.