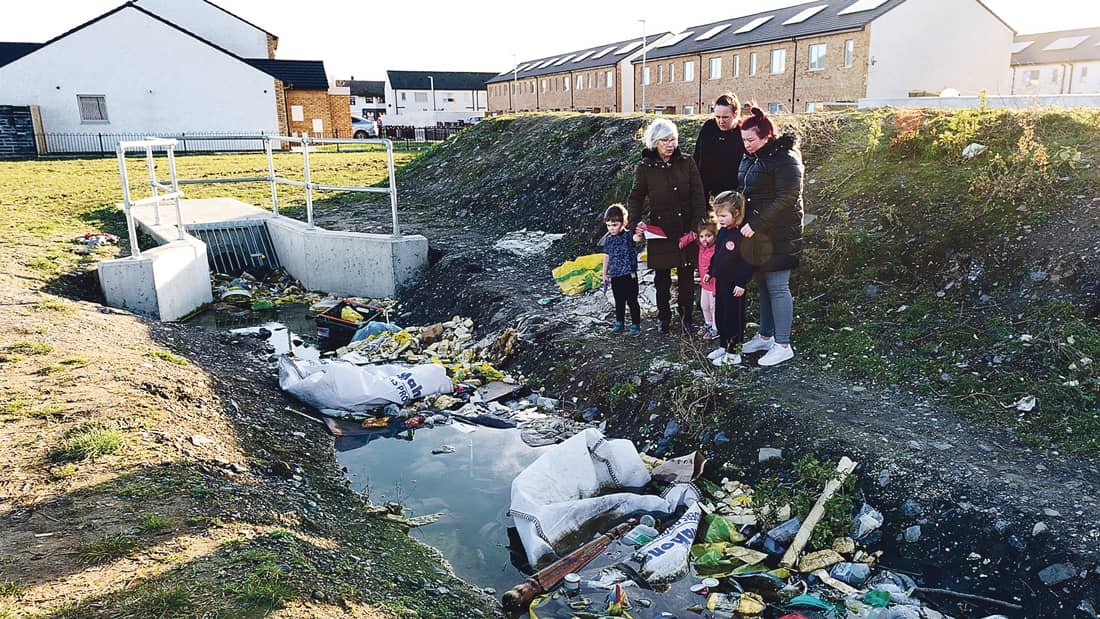 Marie May cared deeply for others in her community

A MONTH’S Mind Mass was held last week in remembrance of a local grandmother who fought tooth and nail to make life better for residents in Cherry Orchard.

Marie May (73) worked selflessly for the community, and even when her own kids had grown up, she continued to be a driving force, pushing and campaigning for facilities.

“She cared about the area and always for the children,” said Marie’s friend Pauline Byrne.

Marie served on various resident committees and spent countless hours with neighbours like her good friend Pauline, knocking on doors for donations, to support fun events for children in an area plagued by underinvestment over the years.

Whenever The Echo was in the area, she would welcome you inside her Elmdale Crescent home for a cup of tea, a snack, and even dinner if you wanted.

A local leader, she would throw on a jacket and walk you to the scene of a local issue, encouraging other residents to talk, and was clearly someone who cared deeply for others in the community.

Pauline said: “Marie still got up and fought for everyone else’s children, even when her own children had grown up. None of us had anything when we first got here, there wasn’t even any shops.

We used to collect two or three euro from households, donations from shops, to put out water slides on the green for kids, put on a barbecue, summer camps, street party before the kids went back to school, a Mammies and Daddies race.

“She was on the Elmdale residents committee and went to all the police forums hail, rain or shine. She said it straight. Marie was a great spokesperson.”

Fr Michael Murtagh, Cherry Orchard Parish, said: “She made a big contribution to the area over the years and was a bit of a councillor before her time, through her work on residents associations and summer projects for kids.”

Marie was diagnosed with cancer two years ago, but battled the illness until she passed away at home peacefully on July 23.

Her wish was to return to her native Finglas for a church service at St Canice’s, and Fr Michael delivered the sermon at her request.

“Even after her diagnosis, she didn’t want to worry her family. Her daughter Ciara took great care of her, and I would mind her now and then so that Ciara could get out, she has her own kids as well,” said Pauline.

“During Covid it is difficult because there is not a lot that people can do.

A lot of people are worried, especially over 60s and 70s. People couldn’t call over to the house. But residents were out on the road when the hearse was taking her back to Finglas. Marie always did her best.”