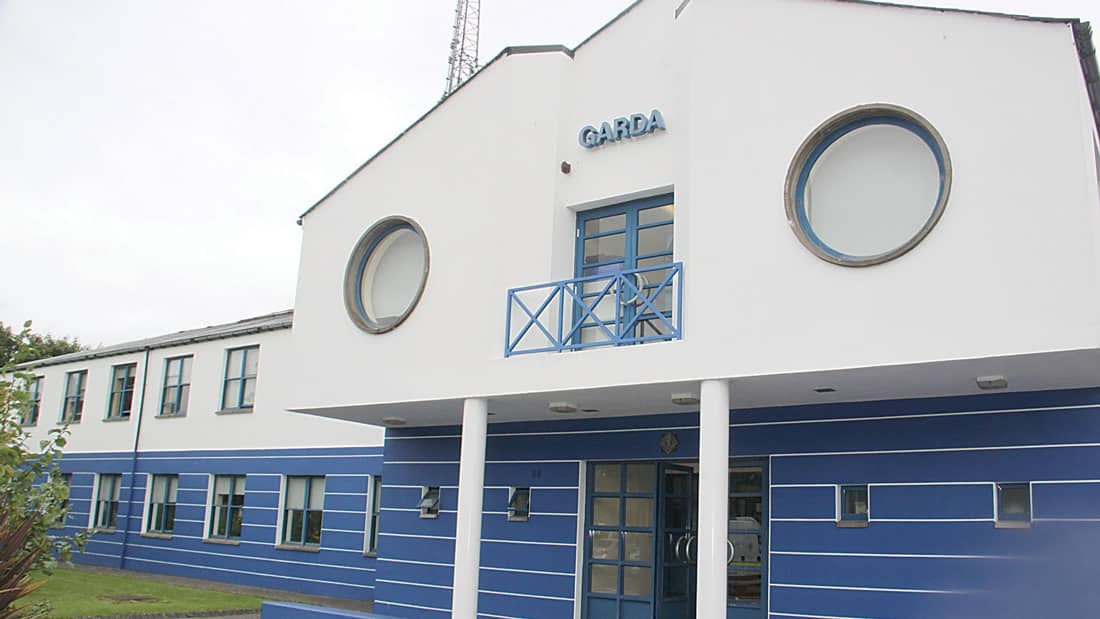 WITHIN four hours in Tallaght last week, two people were allegedly attacked in unrelated incidents – a nurse on her way to work in Tallaght University Hospital and a delivery driver.

Gardai are investigating two separate incidents that occurred last Thursday, August 20, in which two people going about their work were the victims of reported assaults.

Tallaght Gardai are investigating the incident

The first incident happened at around 8pm when a nurse walking to work in Tallaght University Hospital reported that a group of males threw an unknown liquid in her face.

The incident  happened in the Belgard Square North area close to the hospital, with the woman who was walking on her own approached from behind in an unprovoked attack that saw an unknown liquid thrown at her face.

The Echo understands that the nurse was checked over in A&E due to a mild irration to her eyes, but has no injuries.

Speaking with The Echo, the nurse said that she took two days off following the incident, but is back on duty at the local hospital.

“I am doing ok now, all of my colleagues in Tallaght Hospital gave great support to me”, she said.

Gardai have confirmed to The Echo that a number of males have been identified in relation to this incident, which remains under investigation.

Less than four hours later in a separate incident at 11.40pm, a delivery driver was allegedly assaulted in the Drumcarra area by three unknown males and an amount of cash stolen.

The delivery driver, who wishes to remain unnamed, told The Echo that the men were armed with what he believes looked like a small-handled axe.

“I told them they could have the money”, he said.

“However, after they got the money, one of them held my leg and I fell down, facedown on the road.

“One of them was sitting on my back.

“They pulled my chain off [from around my neck] and took it.”

Speaking with The Echo five days after the attack, the father-of-one had returned to work and completed one shift.

“I am back working but my friend, who is also a delivery driver, accompanied me on my first shift”, he said.

“I am very fearful but I need to work.”

Speaking with The Echo, Tallaght District Superintendent Ian Lackey confirmed that three males have been identified in relation to the first incident near the hospital, with investigations ongoing.

In relation to the second, unrelated incident later that night in Drumcarra, no identifications have yet been made with investigations continuing.

“If people ever notice anybody hanging around looking suspicious, please call us and we’ll go and check it out”, Supt Lackey said.

“We have had a few incidents where taxi drivers and delivery drivers have had their money grabbed.

“Normally they grab the phone and money, but this [incident in Druncarra] went a bit further.” Gardai at Tallaght have been in contact with local takeaway businesses and delivery drivers in recent years, following a rise in the number of delivery drivers reporting thefts in 2018.

“Some lads are lying in wait and some are luring drivers into the area”, Supt Lackey said.

“These attacks do not happen in any particular area and they are sporadic, they seem to be a cyclical thing.

“Delivery drivers having dash cams or CCTV systems in their vehicle is a big help [in trying to apprehend those responsible].

“Anybody in the community who ever has information or witnesses anything is encouraged to call.”

Supt Lackey confirmed that there has been arrests and people before the courts in relation to past incidents.

Local councillor Baby Pereppadan (FG) has been in contact with the nurse and delivery driver,  who he stressed have both been left shaken.

He has also been in contact with Superintendent Lackey over both incidents, and in relation to attacks on delivery drivers “starting back up again”.

“There seems to be a few people calling in fake orders and watching and waiting in areas.

“Incidents seem to be starting back up again and I think gardai need to act now.

“There has been very good support from gardai in the past.”

Tallaght Garda Station can be contacted on 6666000