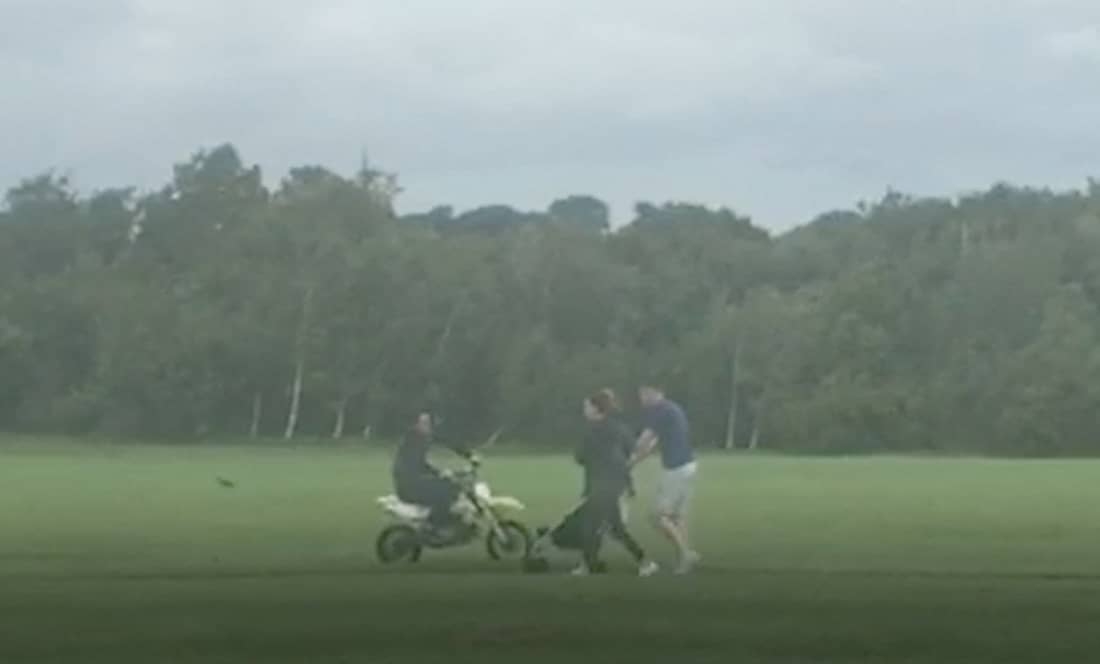 NOT a new sight to see scramblers in a local park but disturbing to see a bike ride so close to a couple out for a walk with their young child.

The Echo understands the incident occured last week at California Hills in Ballyfermot – an amenity which has struggled with ongoing issues in recent years with quad bikes, joyriding, drug-dealing and neglected horses.

A garda received an ankle injury during a seizure of a scrambler in the park during the Christmas period, and last year, two plainclothes officers seized a scrambler off a rider, who managed to escape on foot.

Over the last six months, the park has been “bombarded with quads day and night,” according to a Rossmore resident.

“We’d like to know what plan Dublin City Council have in place to prevent quads from entering the California Hills? It seems DCC and gardai are turning a blind eye to the anti-social behavior.

We are surrounded by another park, Glenaulin, that has no such problems, thank God.

“Maybe DCC could work with South Dublin County Council to see what is keeping Glenaulin clear of quads and horses. Gardai can’t chase them, the council won’t install proper gates until someone is seriously injured or worse.

“We think DCC and gardai should step up to the mark. A couple of arrested people over the past number of years hasn’t solved the problem. DCC needs to treat California Hills like any other park.”

Cllr Vincent Jackson said: “The park has an ongoing problem with a few scramblers and a few horses. I think with a bit of garda help, we can rid this beautiful park of the problem.

I was there tonight, it is a beautiful area, dozens of people were out walking and enjoying the park.”

A DCC spokesperson said: “The park is gated and fenced but I understand the bikers lift their bikes over the fence. The solution is for the offenders to be identified so that gardai can deal with scrambling, which is a dangerous activity in a public space.”