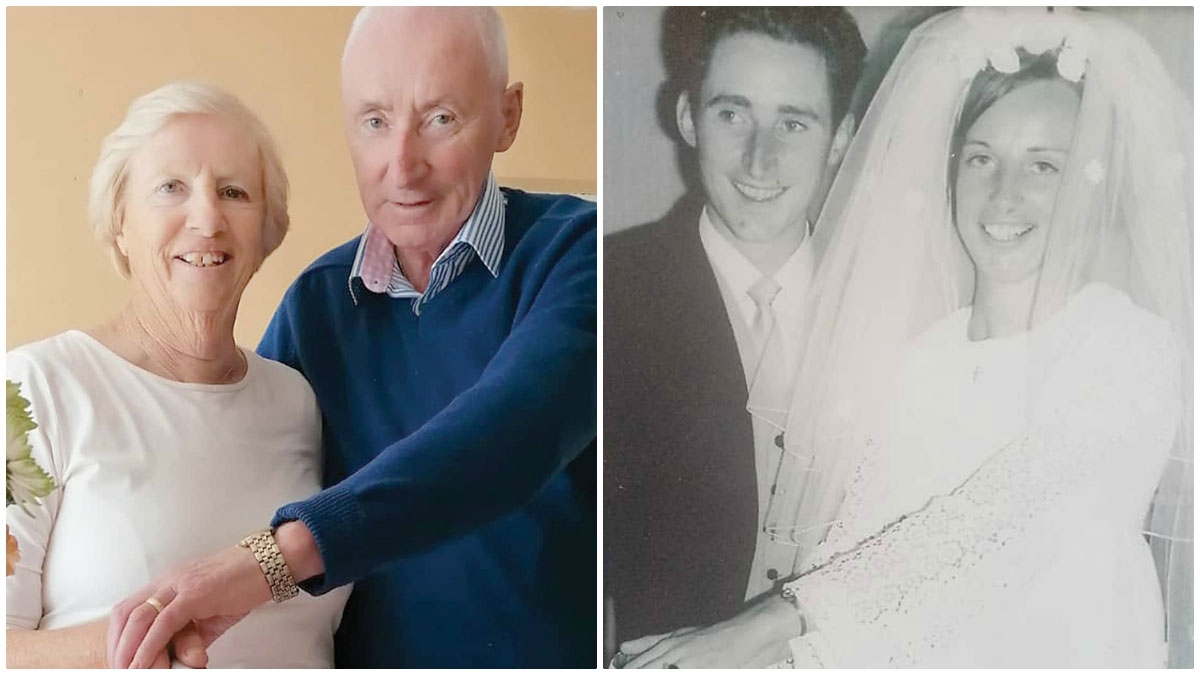 Love, respect and kindness – key to a happy marriage

A TALLAGHT couple celebrated their 50th wedding anniversary with a small party in the Maldron Hotel on Saturday – and the loved-up couple said the key to the longevity of their relationship is love, respect and kindness.

Bancroft residents Mary (73) and Michael (74) Quinlan first met in the late 1960s, after Mary’s father, a Tipperary man, met fellow Tipperary native Michael, in a pub near where Mary lived in Rathmines, introduced them, and then love blossomed.

Mary and Michael cutting their wedding cake 50 years ago

The couple professed their vows in 1970, when Mary was 23 and Michael was 24, and went on to have four children, Niall, Orla, Michael Jr and Fiona.

The family then settled in Tallaght and lived in the area for the past 38 years, spending ten years in Millbrook Lawns and the past 28 years in Bancroft.

Mary and Michael are both stalwarts of the community, as Mary is an active member of the local residents’ association while Michael volunteers with St Vincent de Paul.

The couple planned to have a large party in the Maldron Hotel in Tallaght to celebrate their milestone wedding anniversary, but these plans had to be shelved as government guidelines changed, so six of the couple’s close family members attended instead.

The couple had dinner and cakes at the party, and while it was different from what they expected, and several family members couldn’t attend because they were in counties that were in lockdown, the couple still had an enjoyable day and got to reflect on their long and happy marriage.

“It’s a long time to be married,” said Mary. “But freedom is my advice – always go where you want to go and say what you want to say.

“A lot of couples nowadays always seem to be holding hands and have to go everywhere with each other.

“And you also need to have love, respect and kindness for each other.”

Mary and Michael cutting the cake at the weekend

When asked about how she felt about the impact of the pandemic on her and Michael’s planned anniversary celebration, Mary said: “The way I see it is, you just have to get on with life.

“You only have two choices: the graveyard or just get on with what you’re doing!”

As for her long and successful marriage to Michael, Mary said she would happily marry him all over again.