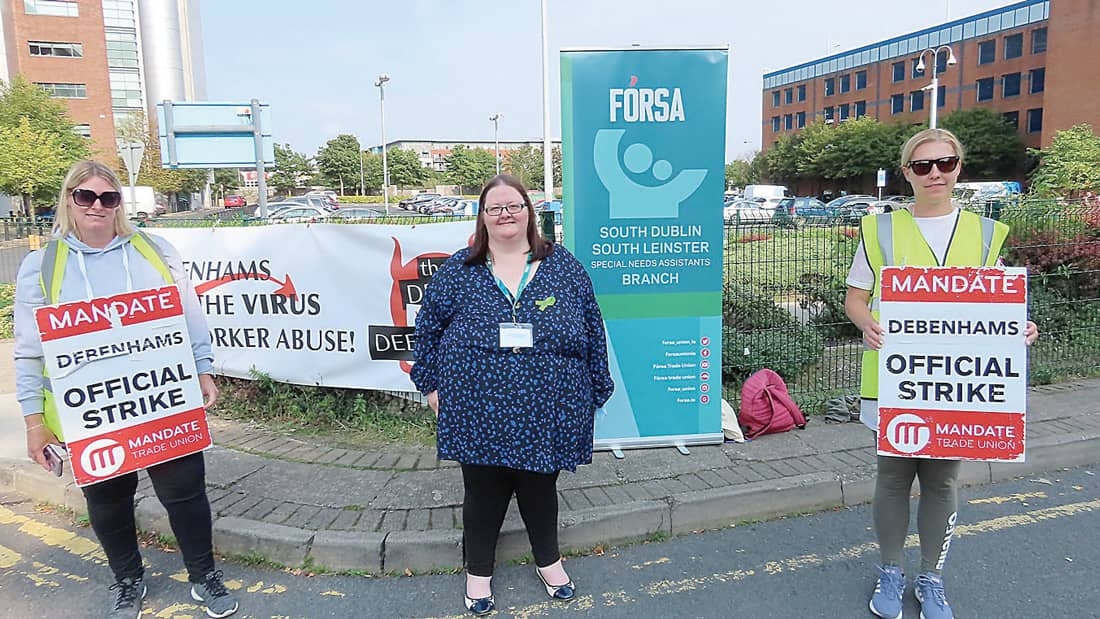 Pamela Larkin a special needs assistant with Fórsa said: “We feel that the strikers have earned their right to be heard in what they are seeking for their redundancy package.

We presented the Debenhams workers with a cheque for €500.

The support from the SDSL branch was spearheaded by the branch's Equality Officer and long-serving branch member Audrey Warren.”

Former Debenhams staff have been picketing since they were let go on April 9.

Staff received notification their job was gone by way of a “generic email” and were asked to contact welfare.ie, despite some of them working at the retailer for up to 30 years.

Over 1,000 staff from 11 Debenhams Irish stores are calling on the joint provisional liquidators to the Irish arm of the company to help resolve their demands for a redundancy package.

The campaign goal is to secure four weeks pay per year of service, as opposed to the basic two-week statutory minimum currently on offer, which would add €13 million to the cost of redundancy.

The Fórsa presentation was made to the workers on Friday August 14.