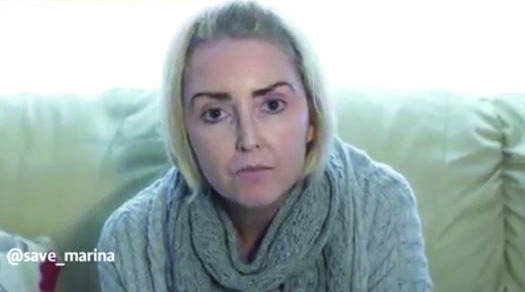 Marina’s story touches the hearts of the Irish people

TALLAGHT mother Marina Jordan Killoran’s plea for support to save her life went viral this week, with hundreds of people getting behind the mother-of-two and donating towards the cost of her vital treatment in the States.

As reported in The Echo, Marina (45), who grew up in Old Bawn, was diagnosed in 2010 with systemic scleroderma, a chronic, progressive and incurable auto immune disease which results in scar tissue building up on the lungs, heart, kidneys and liver.

Due to her illness, which sees an over-production of the protein collagen thicken the connective tissue of the body, Marina suffers from extreme joint pain, chronic fatigue, a persistent cough and limited mobility that sees the mam-of-two spend 23 hours a day in bed.

Marina, who now lives in Kildare with her husband Alan and daughters Shannon and Erin, also has a lung function of just 40 per cent and experiences difficulties swallowing due to an impaired oesophagus.

However, there is a form of stem cell transplant treatment, which uses Marina’s own stem cells to reboot her system, available in the States that could improve some of the damage done to her organs.

Marina has been accepted for treatment by the Northwestern Memorial Hospital in Chicago, but the family has to raise around than €110,000 to get her there as soon as possible – due to the progressive nature of her condition.

For the past few months, Marina’s husband and carer Alan, her two daughters, extended family and friends have been appealing for support and organising fundraisers – but this week the nation got behind Marina after a moving and honest video of her daily struggle went viral.

On Tuesday and Wednesday, Marina and Alan were interviewed by national papers, radio presenters and on television, with the video receiving more than 67,000 views on The Echo’s Facebook page alone.

The community of Tallaght has also continued to be a support to the family, with droves of people donating locally and also sharing Marina’s appeal for support on social media.

Alan told The Echo the response was amazing and that donations have been flooding in.

However, at the time of The Echo going to print an exact figure was not known.

To support Marina and help save her life donate through ifundraise.ie, contact Alan directly on 086 7369151 or alankilloran@eircom.net.