Glenmalure Rovers Eoin Leonard lays the ball off before AGPFC's James Abambola can close him down (Images: John Mooney)

Match of the Week: Five-star show from Glenmalure

A HAT-TRICK by Glenmalure Rovers Jamie Doyle was the highlight of this five-star performance from the side as they resumed league football after the Christmas Break, with a 5-0 win over AGPFC, in Sacred Heart, Tallaght, reports John Mooney.

Rovers moved to the top of the UCFL Division 3 section with this win and, in the process, sent a message to everyone in this very competitive section that they are a force to be reckoned with.

This tie was all about game management as the gale force wind blowing down last Saturday from the mountains was always going to play a big part, and Rovers ticked all the boxes.

In a totally one-sided first half they bagged all their five goals and controlled the second even though the visitors had made a game of it.

Their first arrived within three minutes of the kick off from Doyle, after he latched onto a high clearance from keeper John Gibbons, waited for the visiting keeper to advance and tucked the ball home.

Doyle then doubled that lead on 13 minutes when his corner from the left-hand side flew directly into the net, yes the wind did play its part but they all count. 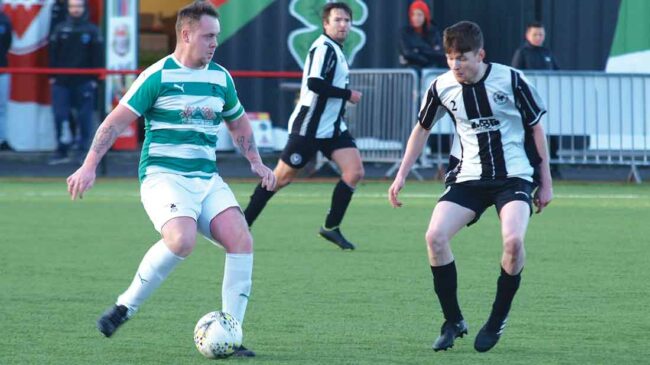 The home side knew more were needed and on 30 minutes, two in quick succession gave them the sort of lead they were looking for.

Eoin Leonard smashed home a beauty after being set up by Aaron O’Rourke and, before the visitors could recover, Shane McCarthy delivered number four from the edge of the area. 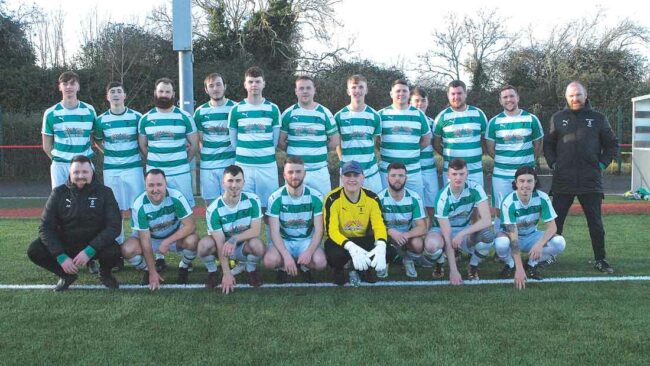 Unfortunately for AGPFC heads began to drop and it wasn’t a surprise that Rovers added their fifth, and Doyles hat-trick, just before the break.

It was bleak for the visitors but a resounding half time talk from Jonathan Spollen gave them the kick they needed, and although they didn’t fight back at least they made a game of it and tested Gibbons with a few efforts.

But, really, there was always going to be one outcome to this game, and with Rovers at home again next weekend they could have a comfortable lead at the top before the rest begin to play catch-up.