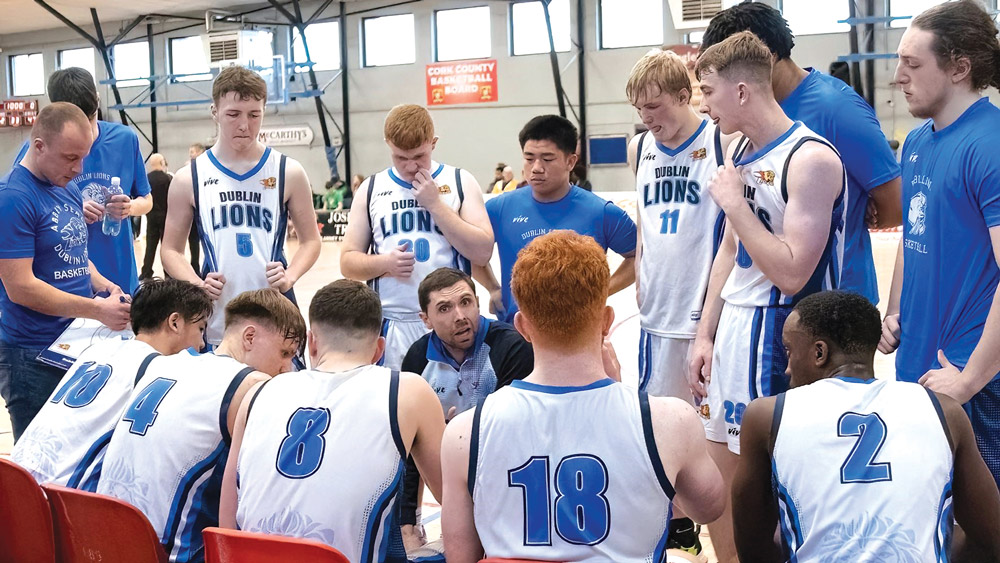 Dublin Lion U18s missed out on a place in decider

Sharp shooting and superb defence made the difference for the Limerick side, who held off a late surge of scores from Lions to secure the win.

Both team’s struggled to finish baskets in the opening minutes of the game, but Celtics Matthew Barry got the scoring underway with a deep 3.

Rokas Liucvaikis got Dublin Lions on the scoreboard quickly followed by a fast-break steal. Limerick Celtics relied heavily on their shooting threats who successfully kept them in the lead during the first quarter.

One of Celtics main scoring threats Matthew Barry suffered three personal fouls, sending him to the bench early on, but despite this the Limerick side maintained their 8-point lead.

Dublin lions struggled to knock down shots, while Celtics continued to score from long-range.

Height seemed to be an issue for Lions with most of their shots under the basket getting blocked. One of the standout moments in the first half was the back-to-back 3’s which were answered on either end of the court. The first half finished on a score of 42-27 to Limerick Celtics.

Martin Frawley got the second-half underway for Celtics with skilful fast-break assisted by Dennis Matthews.

Lions applied full-court pressure early into the third quarter and were rewarded with two centre drives from Dave Olokun.

Limerick Celtics struggled with fouling, falling into team fouls early in the third quarter. Sean McNamara kept the scoreboard ticking over for Celtics who held on to their lead.

Dublin Lions came out inspired in the final quarter of the game, putting serious pressure on the Celtics team.

Philip Kearney from the Limerick team insured that the rebounds were under control, scoring vital putbacks. Celtics held off the late surge of scores from the Dublin side to win the second semi-final by 27 points.