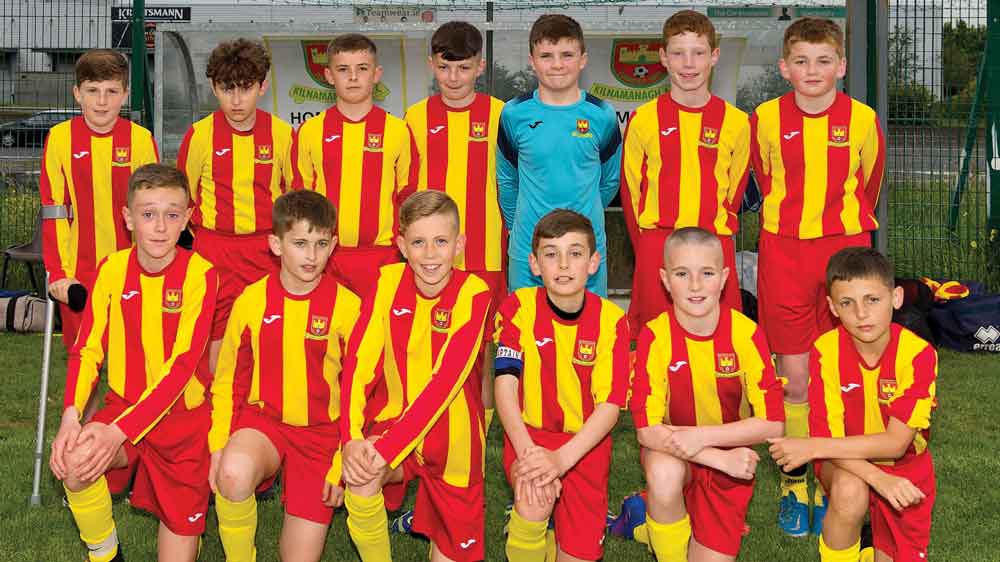 Match of the Week: Kilnamanagh just edge out Knocklyon to clinch title

IT ALL came down to the very last match of the season, but Kilnamanagh AFC dug out the victory they needed against near neighbours, Knocklyon United to clinch the DDSL Under 12 Division Two South title at Ned Kelly Park last Thursday evening.

In doing so, they completed a superb double this season, having earlier raised the Under 12 Topflight Cup at the AUL Complex.

Barry Ryan’s side had set themselves up for a title clincher on Thursday having, the previous week, served up a 3-0 defeat to a Tallaght Town outfit that had required just a draw from that match to secure the divisional crown.

But defeat meant they were requiring a favour from Knocklyon to afford them another bite at the cherry by way of a play-off.

And it looked as it United might well oblige after they stole into an early lead when Daniel Bishop got on the end of a delivery in across the face of goal to rattle the Kilnamanagh net after just 10 minutes. 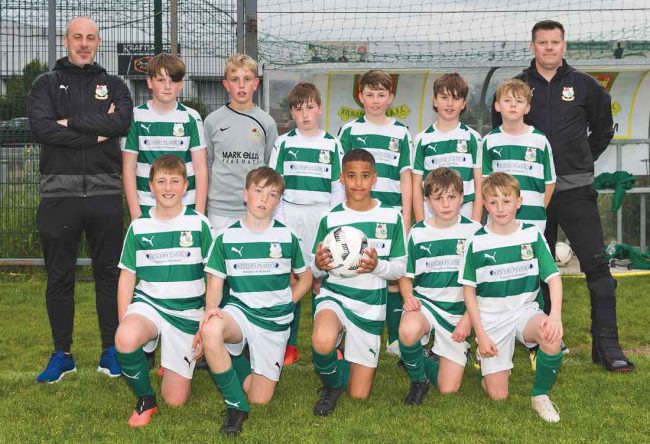 Knocklyon United put up a great battle, but were edged out

Yet that lead was short-lived as Sean Kelly steered home the opening goal in, what would prove to be, a first-half hat-trick for him, latching on to a through-ball by Evan Kavanagh and letting fly with the right boot.

That equaliser arrived just three minutes after the hosts had fallen behind, and within a further five, they were in front, Kelly again with the end-product when he got his head to a corner in by Nathan Roberts-Byrne. 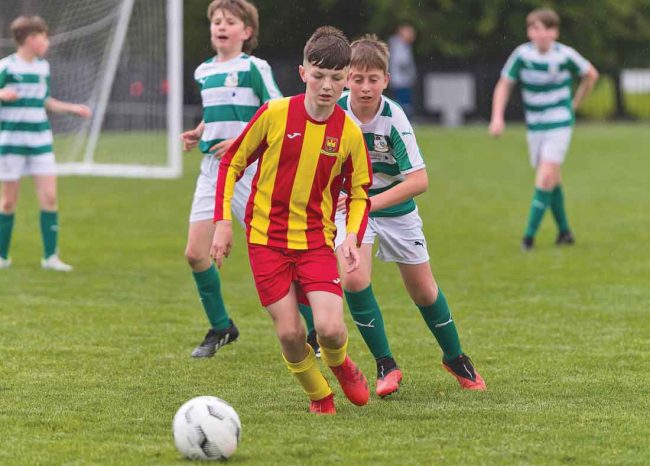 Kilnamanagh’s advantage was pushed out to 3-1 when Kelly again broke through on to a delivery from Kyle Leonard and maintained his composure to slip it by the oncoming Knocklyon netminder, James Lawlor.

While Lawlor might not have been able to keep out that effort, he served up a stunning triple-save from Alex Hogg, who, only the week before, had accounted for all three goals against Tallaght Town.

And just as the momentum was building nicely for Kilnamanagh, Knocklyon managed to grab hold of a lifeline just before the halftime break when Leon Prah played the ball into the path of Matthew Joyce and, from just inside the box, he unloaded a wicked strike that left Kilnamanagh custodian, Matt McGloughlin with no chance. 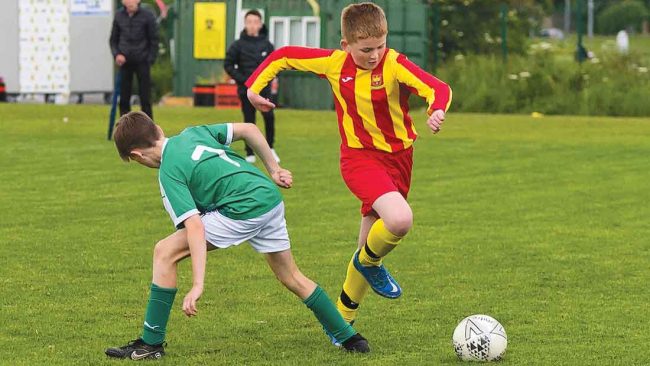 Looking to protect their slender lead with so much at stake, the homeside were that bit more cautious throughout the second period.

And goal-scoring opportunities were more at a premium thanks in no small measure to the superb performance of Knocklyon centre half, Bobby Doyle.

Yet, as the rain started to pour down, Hogg again went close when he served up a volley, but Lawlor was quick off his line to narrow the angle and the shot travelled fractionally wide of the mark after which Kayden Delaney sliced the ball just the wrong side of the upright after getting on the end of a cross by Charlie Smith. 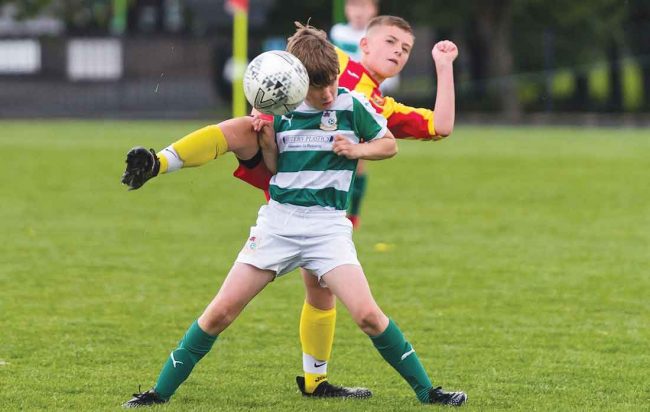 Knocklyon began to turn the screw in their attempt to salvage something from this tie and the contribution of centre back, Jamie Sinclair was to prove crucial to the Tallaght side’s cause as he mopped up a huge amount at the back while captain, Evan Kavanagh turned in a very solid performance in midfield.

But, as so often can be the case in high-stake games like these, there was an element of good fortune for the hosts as Knocklyon attacker, Joyce managed to get in behind the Kilnamanagh cover very late on and was unlucky to drag his effort wide of the post. 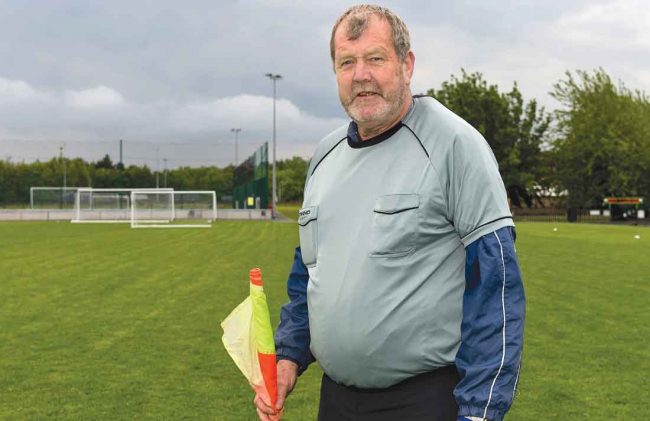 “Even Knocklyon, who were in around eighth, are a very good team and there were only about 12 points separating first and ninth after 24 games, so that just paints a picture of how competitive it was.

“It was anyone’s really” he said.