Eoin Coughlan of Knocklyon goes in for a tackle during their with Tallaght Town (Photos: Paddy Barrett)

KNOCKLYON United put an end to Tallaght Town’s eight-game winning streak with a 1-1 draw in Saturday’s DDSL U12 B1 clash in Kiltipper, reports Alex Cunningham.

The match proved to be a scrappy affair for the majority of the game, the harsh wind making it difficult for either side to assert dominance throughout with clear goal-scoring chances few and far between.

Speaking after the match, Tallaght Town manager Paddy Troy gave credit to the visitors on their performance: “They (Knocklyon) came here, they played very well…they played better than us, but we learn from it and move on.

“A well-deserved draw for them, two points dropped for us…we were unbeaten, eight-out-of-eight, our first dropped points, but they deserved it, everything they got today, and maybe a bit more they could’ve got.”

Despite the sluggish tempo that characterised most of the match, Knocklyon got off to a flying start, the away side piercing the heart of Tallaght Town’s defence in the opening minute, causing chaos in the box.

After a save from Phelim Behan the ball eventually found itself at Markus Ason’s feet who just had to pass into an open net to give his team the lead.

As the first half progressed, the battle for control of the game took place in midfield, the physicality of the clash taking hold – three players seeing yellow by the full-time whistle.

The best chance for the hosts came after a corner, when defender Jack Darcey met a cleared ball at the edge of the box, hitting it on the half-volley like a seasoned striker. 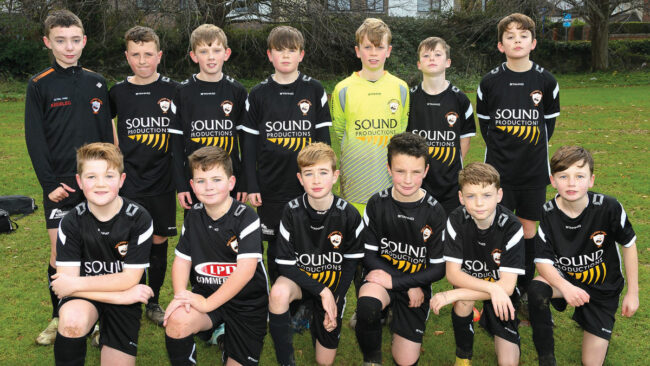 Tallaght Town played out a draw with Knocklyon

As the shot looked to be curling into the top corner, it was matched by an even better save from Alex Durkan, pawing it away with an acrobatic dive.

As the whistle went off for the second half, it proved to be uncannily similar to the first.

With the 28km/hr winds at their backs, Tallaght Town got out of the blocks quickly, Callum Byrne catching a loose ball in the final third before dropping the shoulder to the left-hand side and calmly slotting the ball home. 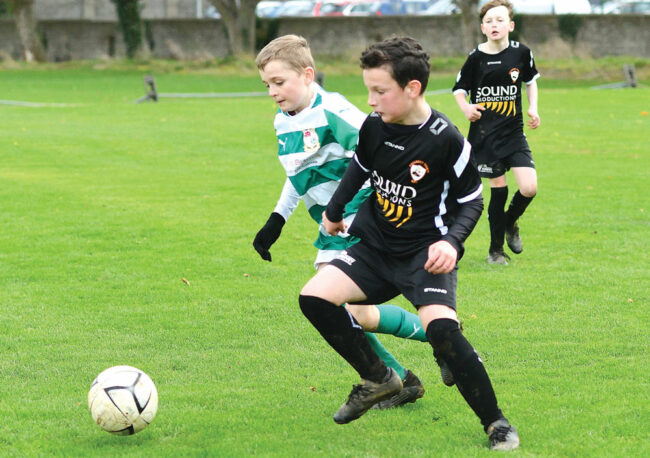 Action from the match in Kiltipper

But that leveller would again prove to be the only event of note, Tallaght Town’s Jack Murphy’s impressive volley attempt and Knocklyon’s Toby Ó’Ceallaigh’s long-range strike the most dangerous moments of the affair.

For Knocklyon, the draw served as a good rebound after a 2-1 loss against Collinstown the previous week.

The dropped points certainly won’t help second-place Tallaght Town’s title charge, who sit two points behind Collinstown with a game in hand, with Troy still confident his side can close the gap on the Raheen outfit.