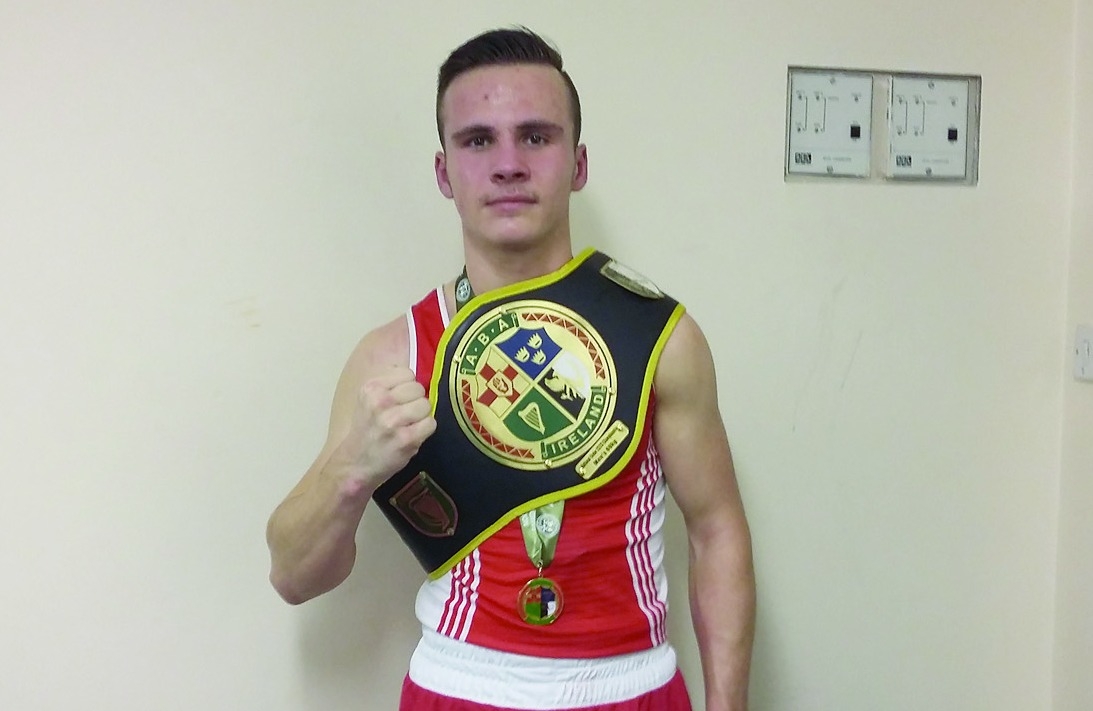 ST MARY’S Boxing Club’s John Maughan captured the National Under 22 69kg title following his second round stoppage of Holy Family BC’s Eugene McKeever in the final in the National Stadium.

The Tallaght man landed a heavy right hand that left his opponent with a cut over his eye and forced the referee to call a halt to proceedings.

Because the fight had gone past the first round, it went to the judges for decision and Maughan got a unanimous verdict.

Delighted at seeing his young protégé take the prize, Maughan’s St Mary’s Coach Noel Burke recalled “It was a very tight first round. To be honest it could have gone one way or the other, the two lads were very cagey.

“He [Stokes] is a very evasive counter-puncher, but in the second round John got the measure of him.

“He got his distance right and caught him with a right hand to the eye” he said.

At only 18 years of age, this was a great feat as he had to negotiate three tough bouts en route.

In the last eight he saw off the challenge of Letterkenny’s Patrick McConigley before emerging on the right side of split decision against Martin Stokes of Darndale in the semi-finals.

“He [Maughan] boxed very well throughout the tournament” said Burke.

“He had been very unlucky in the National Senior semi-finals. We thought he had done enough to win, but he didn’t get the decision.

“But he didn’t let that affect him and it’s great that he knows he can box at a decent level and win. He’s got to where he needs to be,” he said.

Meanwhile there was no joy for Cherry Orchard Boxing Club’s Jack Kelly as he lost out 3-0 to James McGivern of St George’s in the National Under 22 56kg Final.