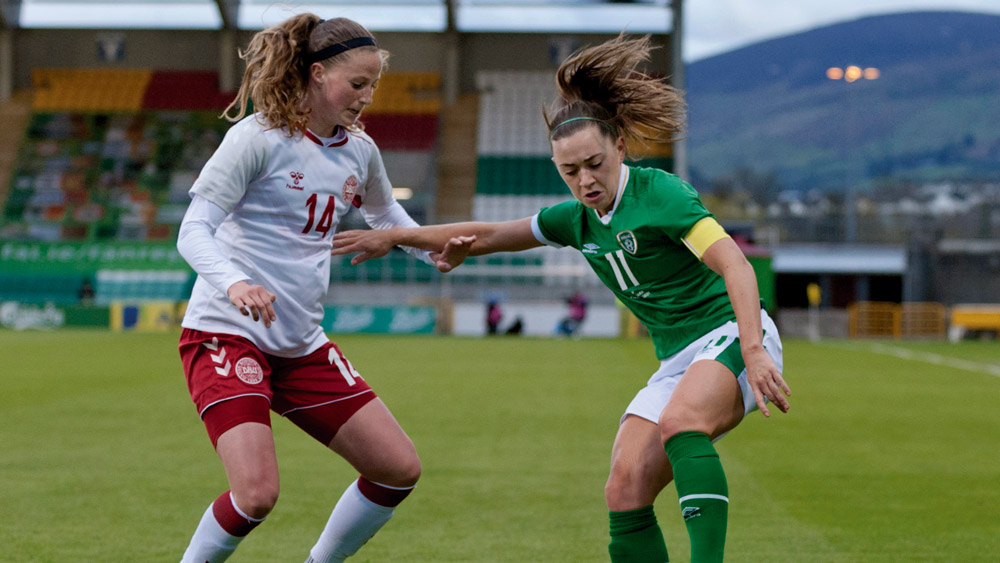 McCabe happy to be leading Ireland out in Tallaght

REPUBLIC of Ireland captain, Katie McCabe is happy to be leading Ireland out at Tallaght Stadium and does not believe the team requires and an immediate move to a bigger venue, particularly in the midst of a FIFA World Cup qualification campaign.

Speaking at the launch of Cadbury’s campaign to support Irish women’s grassroots football, the Kilnamanagh woman said “If you’re asking me should we play Finland [in September’s World Cup qualifier] in the Aviva Stadium then I would say no.

“That’s just my personal opinion. I haven’t spoken to other players on that or to the manager or anything like that. I don’t see why mid-campaign we’d switch home grounds.

“I think especially within the middle of a campaign, there’s no need for us to switch home ground. Tallaght is our home, we love playing there.

“I think until we start selling that out, there’s no need to jump the gun and start playing in the Aviva.

“I’m not saying we should never play there as the women’s national team, not at all.

“I do think going forward, if we want to continue to grow the game, especially in Ireland, Aviva Stadium games would be nice, but let’s crack it off with a friendly against England or the USA or something, not in the middle of a qualifying campaign” she said.

McCabe fired home the goal in Ireland’s superb 1-1 draw with Sweden in their recent World Cup qualifier in Gothenburg earlier this month.

Although the team currently lies third in the Group A table, they are just two points adrift of Finland with a game in hand and Vera Pauw’s charges can move into the play-off position with a win over Georgia on June 27.