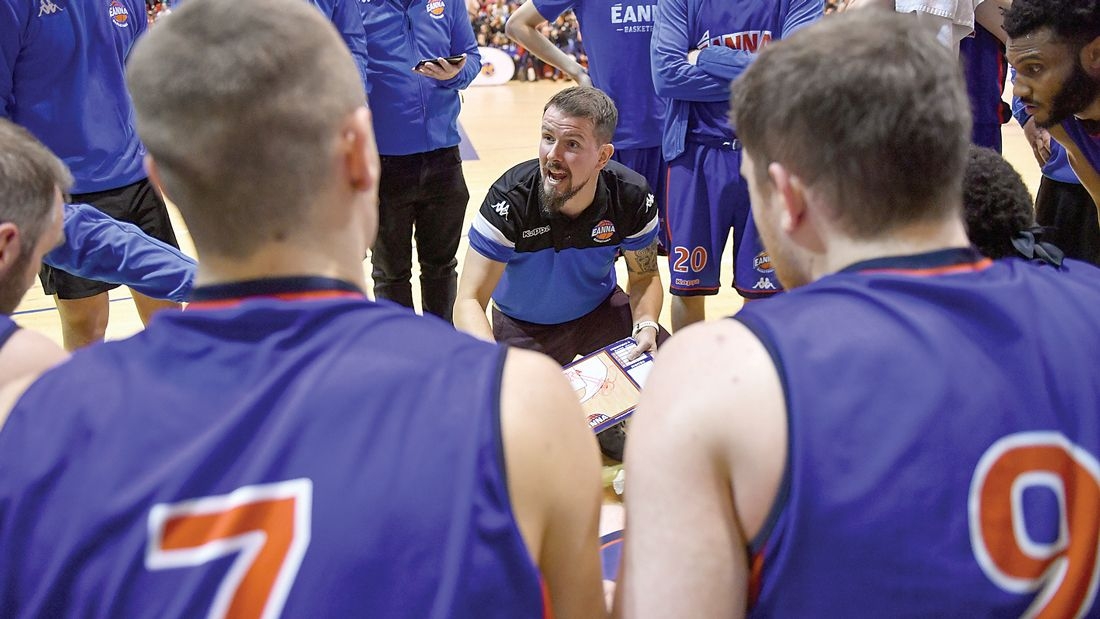 McGovern and Keenan have their reservations about new Super League conferences

BOTH ÉANNA Head Coach Darren McGovern and Griffith College Templeogue boss Mark Keenan have their reservations about the composition of the two conferences that have been put in place for the new Men’s Super League Basketball season, due to start on the weekend of October 17/18.

Both teams have been pitched into the North Conference, which comprises of six of the top seven teams from last season’s Super League, five of them from Dublin along with defending champions Belfast Star.

The 16-game regular Super League season will see teams play home and away ties against teams from their Conference, along with one match against each of the teams from the opposing Conference.

The top two from each Conference will advance to the semi-finals and the league season concludes with a Super League final.

The Men’s National Competitions Committee (MNCC) announced the make-up of both the North and South Conferences on Tuesday with the new structure in place to help cut down on travel expenses for the teams.

McGovern is not overly enthusiastic about the new structure or the conference make-up telling The Echo “I don’t mind saying that I’m not a big fan of it.

“We’ll be playing 18 games instead of 22 so we’re still going to have to travel.

“I can see their decision is based on travel and finance and I completely understand that, but it’s still going to mean that some teams are still going to have to do a lot of travelling. It’s fair in some aspects and unfair in others.

“If you look at the conferences, there’s six of the top seven teams from last season in the North Conference.

“It means we’ll be playing a Dublin derby almost every week so it’s going to be a real dog fight and that will take its toll on our team. We really are going to need to get a couple of new bodies in.

“It you have a bit of bad luck, with injuries or players tied up with work commitments and you’re not able to field your strongest team, you could find yourself on a bad run that could leave you low down and in a relegation battle” he pointed out.

Templeogue Head Coach, Mark Keenan is of a similar opinion saying “It is going to cut down on the travelling, but I just think it could have been thought through at little bit better. I’m saying that without knowing for sure what the final format for the play-offs will be.

“Maybe they could have put two of the Dublin teams in the other conference just to balance it out a bit more. As it is, six of the top seven teams from last season are in the Northern Conference.

“But they could perhaps look at increasing the number of teams that could make the play-offs to six or eight just to compensate a little.

“It’s going to make it very competitive, but a straight league would be competitive anyway.

“The important thing for us now is to finalise our team. We’re just dying to get back at it now and get back into pre-season.”

McGovern does, nevertheless, welcome a later start date than normal for the new season, adding “I am happy with the later start because it gives us a few more weeks to be able to get bums on seats which is so important for all clubs in the country.

“They’ve pushed out the start of the season by about four weeks to mid-October so hopefully we’ll be fine by then.

“The club doesn’t have massive sponsorship and we have expenses with referees and table officials to pay and then you have to look at the costs of travelling.

“With the situation now you’ll probably need a coach rather than a 16 or 21 seater, so that’ll be more expense. But I’m just happy that there’s going to be a season” he said.

On another note, Clondalkin side Dublin Lions have been placed in the in the eight-team Division One North Conference along with Malahide, Titans, Drogheda Wolves, Tolka Rovers, LYIT, Sligo All-Stars and Ulster University.

The fees for clubs competing in both divisions have been halved by the MNCC, to help clubs who are dealing with the fallout from Covid-19.