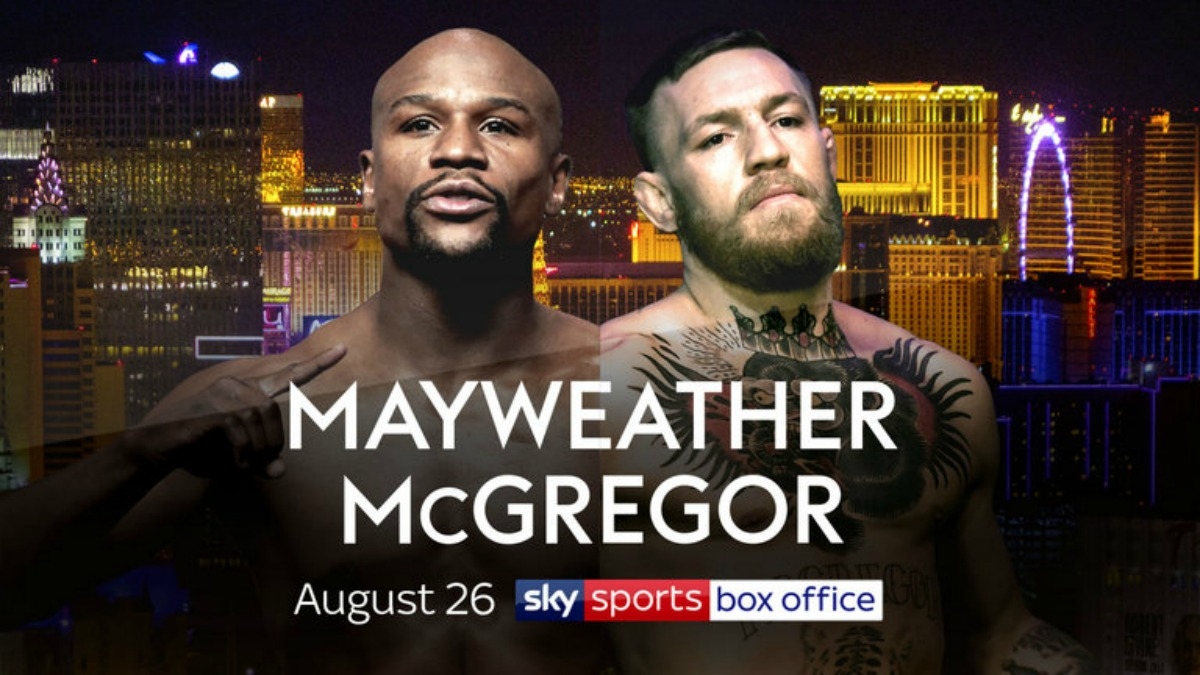 The much anticipated fight between Conor McGregor and Floyd Mayweather will be broadcast on Sky Box office, it has been revealed this afternoon.

The Crumlin man swaps the octagon for the boxing ring for the first time on August 26, and Sky today announced they had secured the broadcasting rights.

It will cost €24.95 for those willing to pay, which is considerably lower than fight fans in the US will be asked to fork out for what is being billed as one of the biggest sporting events of the year.

Both fighters took part in a recent world press tour, increasing the hype even further, and it looks set to be one of the best weekends in the sporting year, with major football and GAA events also taking place on the weekend of August 26th.