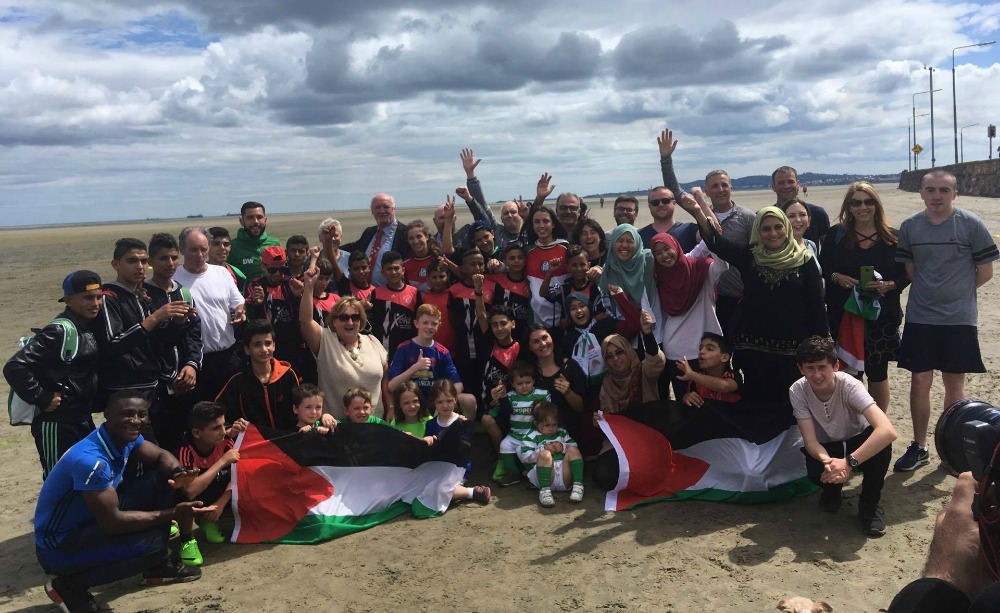 A group of youth football players from Palestine officially touched down to Ireland last weekend.

The Al Helal football team from Gaza will travel to Tallaght this week to meet the Shamrock Rovers players ahead of their clash with Derry City this Friday.

The team of U15s travelled for two days before touching down in Dublin for a series of friendly matches this week.

The kids began their one-week tour at the Ringsend astro pitches before moving on to nearby Sandymount strand on Saturday.

They made their way to Ballybrack on Sunday to play a match against Ballybrack FC. Although they didn’t win, there were festivities nevertheless with a music and food-filled welcome from the Palestinian community in Ireland.

Due to delays at borders the kids missed their flights,booked on new ones arrive Sat morning in Dublin#gazakidstotallaght pic.twitter.com/p30wWuJXAe

However, not everyone from the team made it to Ireland due to heavy restrictions by Israeli officials on travel out of Gaza.

Zoe Lawlor is from non-profit group Gaza Action Ireland. She organised the trip, which is in its second year and has raised €4230 of its €6000 goal.

“One player, Khaled who is the captain and is very talented, didn’t get a permit to travel. Another player, Yousef who was here last year got to the crossing and then was turned away. So that was very distressing for him and he was very upset.”

Depsite a bumpy journey, the boys will have a packed week across Ireland. Al Helal will also play matches in Leitrim, Galway, Cork and Limerick, before returning to Tallaght on Friday.

Hadeel is a child psychologist who is travelling with the boys. She said that as a Palestinian she feels like a ‘stranger’ in her own country as she lives alongside Israelis. However, she remained positive on the experience the boys will gain.

She said: “It’s such a great opportunity.”