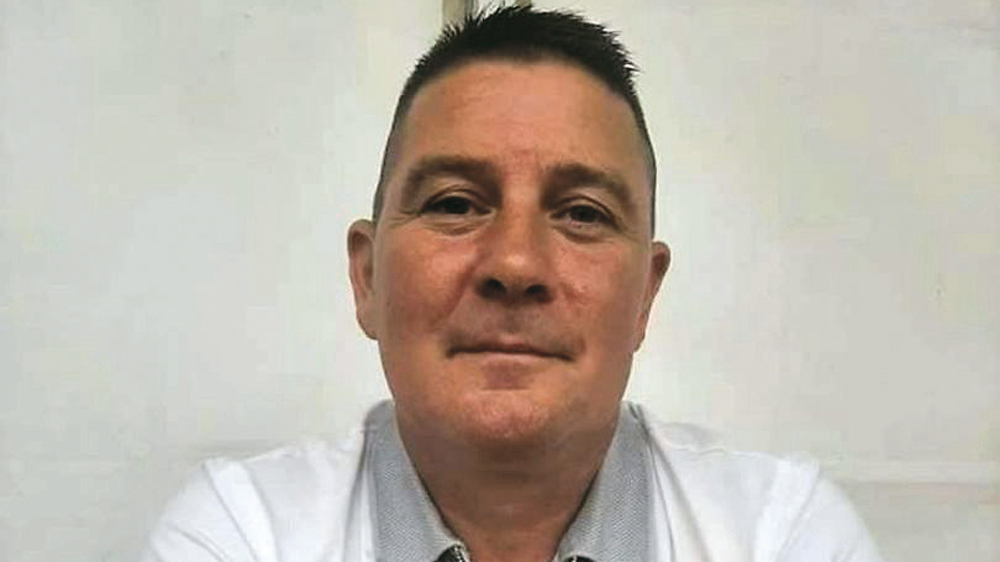 FATHER of two Michael Tormey was remembered today as a “gentle giant” and one of the “kindest and most caring people” as a large crowd gathered to pay their respects at his funeral in Ballyfermot following his fatal shooting last week.

The funeral of Michael Tormey (49) took place at the Church of Our Lady of the Assumption Ballyfermot this morning. Mr Tormey was fatally shot multiple times at the front door of his home in the Thormond Road area of Ballyfermot in the early hours of Sunday morning, January 9.

According to reports, Mr Tormey had been at a house party on Saturday night and got home at around 3.30am. He was shot in the front garden of his house just over an hour later at 4.35am while his wife and one of his children were asleep inside, according to gardai.

Parish Priest Fr Adrian Egan told the congregation today that Michael was a “good neighbour”, who will be remembered for his “decency”.

“A 49-year-old husband, father, son and brother had his life brutally taken and was taken from his family outside his own home,” said Fr Egan.

“His family described Michael as a gentle giant, not a bad bone in him and one of the nicest, kindest and most caring people you could come across.

“Mick was a talker – he could talk for Ireland and if there were Olympic gold medals for talking, he would have an array of them. A trip down to the shops for a quick message could take 2 hours because of all the talking and engaging he did.

“He had a cheekiness, a cockiness, and a confidence about him.”

Mr Tormey’s family, including his wife Amy, two children Shauna and Kodie and his step-daughter Kaitlyn, presented gifts such as Turkish delight bars, which Mr Tormey was said to have a “guilty passion” for, a small bottle of whiskey and a packet of burger bites crisps.

His sister brought up his pair of Ray-Ban sunglasses, to symbolise Mr Tormey’s desire to always “look well and dress smartly”.

Mr Twomey’s daughter Shauna paid an emotional tribute to her father, speaking about how they would sing Phil Collins with her “until they had no voices left”, how he taught her to ride a bike and how to rollerblade when she was a child.

Michael’s brother Brian spoke about how he was one of seven children and was known for his generosity, remembering how Michael had bought him his first Man United jersey and tracksuit with his first pay packet at his job.

He described him as a “big teddy bear” who was “nice and had nothing but laughter” who loved singing karaoke and bringing his daughter Kodie to school. 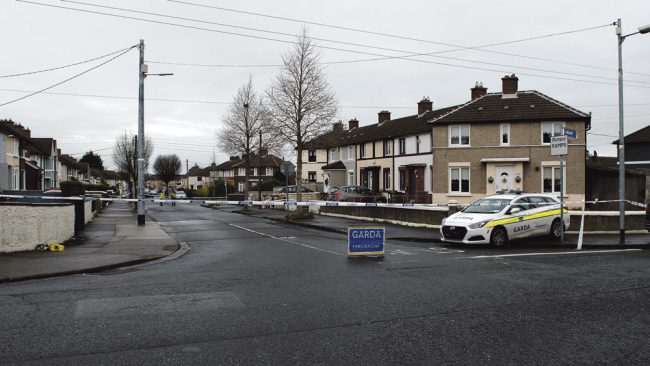 Gardai at the scene of the fatal shooting of Michael Tormey

Gardai are continuing to investigate the murder and on Thursday, a man in his early 40s and a woman in her late 30s were arrested in connection with the fatal shooting.

The man (40s) and woman (30s) are currently being held at separate garda stations under Section 50 of the Criminal Justice Act, 2007.

At a press briefing at Ballyfermot Garda station on Monday, January 10, Supt Anthony Twomey said Mr Tormey was not known to be involved in any criminality and a motive for the murder is not fully clear at this stage.

NEWER POSTClancy glad to be back in full-time football with Saints
OLDER POSTCoronavirus: 17,065 new cases confirmed