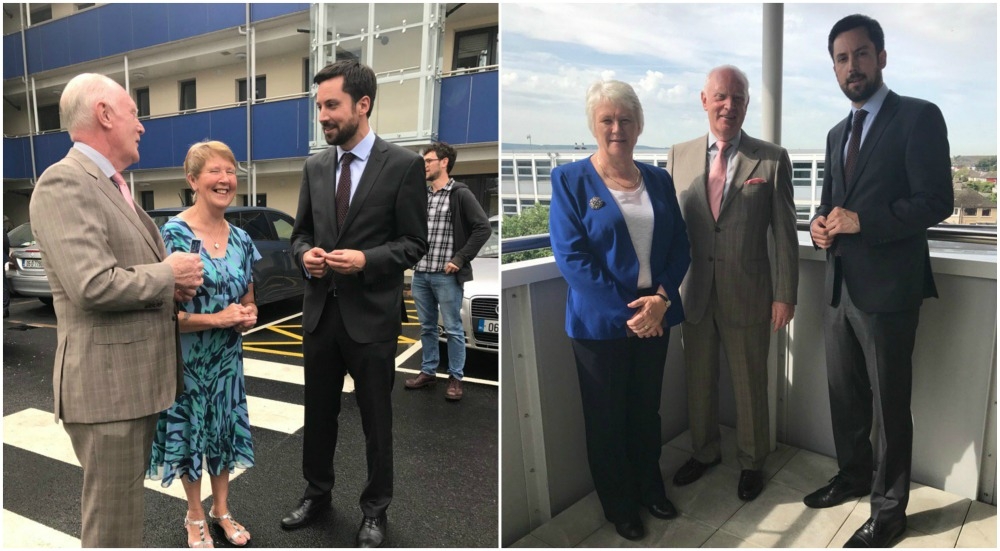 The new Minister for Housing, Planning and Local Government Eoghan Murphy was in Ballyfermot this morning to open a new social housing scheme.

70 newly constructed homes at a cost of €10m opened today @MurphyEoghan Ann Uzell is one of the first tenants. pic.twitter.com/3qeX11IUGD

Murphy visited the new site today and met with some of the first tenants.

The residents include older people on Dublin City Council’s social housing waiting list and people moving out of their existing social housing. Some residents downsized to smaller accommodation and freed up larger dwellings for families in Dublin.

Speaking at the event the Minister said: “This is a perfect example of an innovative way to both maximise existing housing stock, and tailor housing to the specific needs of households, creating a product that is attractive and sustainable for those making the move from a home they may have lived in for many years.”

The €10m scheme is being funded by a number of different bodies including the Department of Housing, Planning and Local Government, Dublin City Council, the Iveagh Trust and borrowings from the Housing Finance Agency.

The site was previously derelict and only had 38 units. Over the course of 18 months, the Iveagh Trust, an approved housing body, renovated the apartments and doubled the number of units.

The previous Canon Troy Court site was secured by the Trust with funding from the Department of Environment for the project.

Since the closure of Canon Troy Court, there had been an acute need for elderly housing in the area.

Figures from the 2011 Census, revealed 634 houses in lower Ballyfermot where elderly people live on their own.

Murphy thanked the ‘strong foundations’ that his predecessor Simon Coveney had laid with Rebuilding Ireland, but said housing needed to be provided faster.

He said: “What I am now focused on is driving forward, accelerating delivery, ensuring that the necessity for urgency and expedience is understood, and that every opportunity is harnessed.”