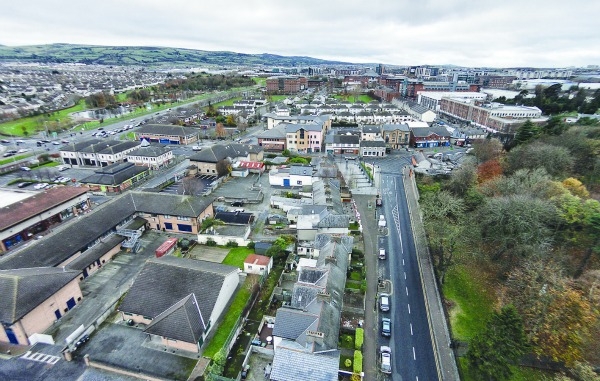 ‘Moment of madness’ over a parking ticket

A MAN has avoided a jail sentence for trying to hit a 73-year-old parking warden with a bolt cutters after being issued a ticket.

Colin Foley (45) had already received a €120 speeding fine that day when he found the parking ticket on his van in Tallaght, Dublin. “The redness descended on him” when he drove around the corner and saw the warden, his barrister said.

Foley, of Brookmount Avenue, Balrothery, Tallaght, pleaded guilty at Dublin Circuit Criminal Court to production of a weapon and theft on Main Street, Tallaght on February 10, 2015.

Prosecuting counsel Seamus Clarke BL told the court that Michael Griffiths (74) was working for APCOA, a private parking management company which was operating in a Tallaght housing estate.

There were no lines on the ground, but several signs were visible indicating parking was not allowed in the estate. When Foley returned to his van he was annoyed to find he had received a ticket.

He drove onto Main Street and stopped the van where he spotted Mr Griffiths. He took a bolt cutters from the back and put it under this jacket before approaching the warden and asking him “what is this” in reference to the ticket.

Mr Griffiths replied that it was a ticket, before being pushed in the chest. Foley then took out the bolt cutters which the victim, who wasn’t wearing his glasses, thought was a gun.

The warden went to radio for help but Foley swung the cutters, knocking the radio out of the victim’s hand. Foley then picked up the radio and fled.

Afterwards he knew gardaí would be looking for him so he went for a drink to calm himself down before going to the garda station. He told gardaí the warden was not very polite to him and that it was a “moment of madness” when he swung the cutters.

Judge Martin Nolan questioned why he had the bolt cutters with him if the incident was a “moment of madness”. Defence counsel Rory Staines BL said he could offer no explanation for this.

Mr Staines said Foley, who works as a painter decorator, was in financial difficulty at the time. He said he was married with two children, but that he and his wife were now separated.

Foley has six previous convictions, including public order offences and violent behaviour in a garda station.

Judge Nolan imposed a one-year suspended sentence and ordered Foley to pay over €1,000 to the victim within one year. He said he would have imposed a jail term if Foley had connected when he swung the bolt cutters.

NEWER POSTSeven-year sentence for schizoid attacker
OLDER POSTMissed any of the biggest stories from last week’s Echo? Right this was…