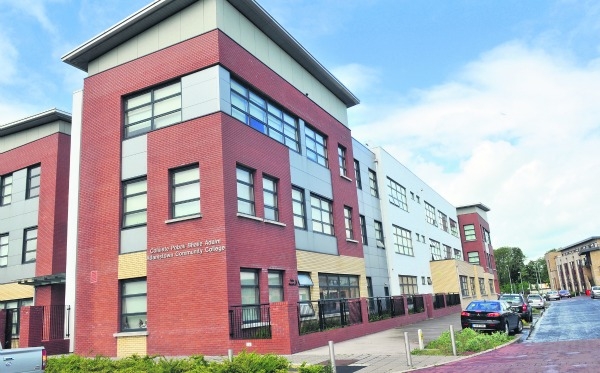 Missed any of the biggest stories from last week’s Echo? Right this was…

A TALLAGHT family last week spoke out in support of Dr James Gray, whose “honesty and conviction” was the only source of comfort after their loved one died while on a trolley in Tallaght Hospital’s emergency department. Read more HERE

POSITIVE: Elsewhere, there was good news for Ballyfermot on the housing front and a possible breakthrough in Lucan residents' hope for a sports hall in Abbotstown.

HEROES: There was a happy ending to an emergency situation in Tallaght last week as members of Dublin Fire Brigade helped deliver a baby in Kilnamanagh. Read more HERE

CRIME: Meanwhile there was huge reaction to online to the news that thieves could be potentially marking homes with a chalk to signal whether or not they are to be targeted. Read more HERE

VIRAL: We brought you the news online this week of how the B Borza in Ballyfermot have come up with a new local delicacy – Battered Oreo cookies. Read more HERE

XMAS CHEER: As the Government was last week accused of delayed action on the homeless crisis, a community-led Christmas Day dinner for the homeless was announced. Read more HERE

YES CHEF!: AN IT Tallaght culinary graduate who grew up in Aylesbury was appointed the executive head chef and company director of world-renowned, Michelin-starred London restaurant Pied a Terren. Read more HERE

For even more of last week’s biggest stories you can check out www.echo.ie, and don’t forget to grab your copy of this week’s Echo newspaper on sale in shops and online this Thursday.