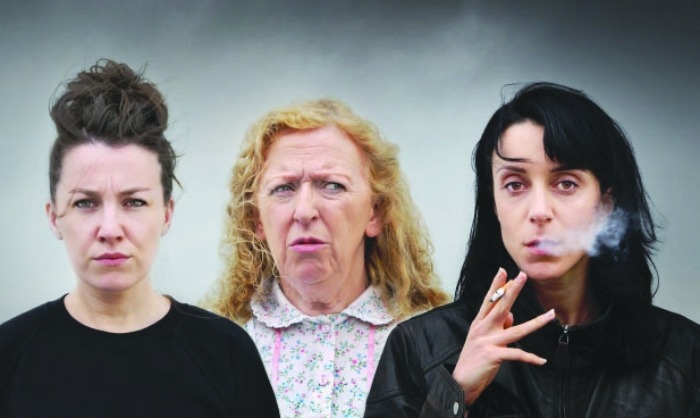 Taking time out to chat with The Echo between rehearsals for her new play ‘Bailegangaire’, which is coming to the Civic Theatre this September, Clare was friendly, laid back and enthusiastic – as she filled us in on her love for acting and the real-life drama of her upcoming wedding.

Growing up in Ballinteer, Clare has proven to be adaptable and multifaceted when it comes to acting, and alongside performing on both stage and screen has also written her own material.

Ahead of her arrival in Tallaght with ‘Bailegangaire’ on September 14 and 15, Clare answered a few of The Echo’s questions.

What inspired your path into acting?

I started drama classes in the Irish Children’s Theatre Group in Churchtown when I was seven or eight and caught the bug pretty much straight away!

Do you remember the first performance you ever did?

I played one of many water babies in the Christmas play!

What was your first paid acting job?

I made a short film for BBC when I was 12 called ‘Electric Frank’. It’s actually a gorgeous short! And I believe I bought myself a couch bed for my bedroom.

A lot of people would recognise you from ‘Moone Boy, was it a fun show to work on?

It was an incredible experience. I had only just graduated from drama school when I got cast, and it was a brilliant job to learn the ropes. Unbelievable cast and crew, and top notch scripts – a dream!

Tell us a little bit about ‘Bailegangaire’?

It’s a play about family, place, home and misfortunes. Tom Murphy is a phenomenal writer – there is not a full stop, comma or stage direction that isn’t there for a reason. It’s a powerful piece of theatre and humanity. We’re working really hard to do it justice.

What attracted you to this production?

Padraic McIntyre, our director, gave me my first job out of drama school, and I love working with him. Between that, the play and my incredible co-stars Joan Sheehy and Maeve Fitzgerald – it was a no brainer.

Have you performed at the Civic Theatre in Tallaght before?

I have indeed! In ‘Livin Dred’s Ride On’ and Verdant Productions ‘Alone it Stands’. I also did a panto with Socky the Sockmonster when I was 14! It’s a brilliant theatre with a really loyal and enthusiastic audience. Really looking forward to performing there again.

What medium do you prefer, the screen, the small screen of the stage?

Honestly, it’s kind of like having two completely different careers. They are such different art forms. But I love both – ideally I’d love to do equal amounts of both.

As an actor, do you believe that community-based theatres play an important role in bringing theatre out of traditional venues?

Absolutely. Before I became a professional actor I had no idea how many beautiful theatres there are in this country! I’ve been lucky enough to play in a lot of them. Theatre should be for everybody – not just people who happen to live in the capital.

If you could act alongside any actor living or dead who would you chose and why?

I don’t usually read books by actors, but I have read everything by Anthony Sher and would love to work with him in the RSC. Also, Kiefer Sutherland. Because, well, Jack Bauer.

‘Bailegangaire’ is coming to the Civic Theatre this September 14 and 15. Shows start at 8pm and tickets cost €18 and €16 with concession.

Visit www.civictheatre.ie or call the box office on 4627477.