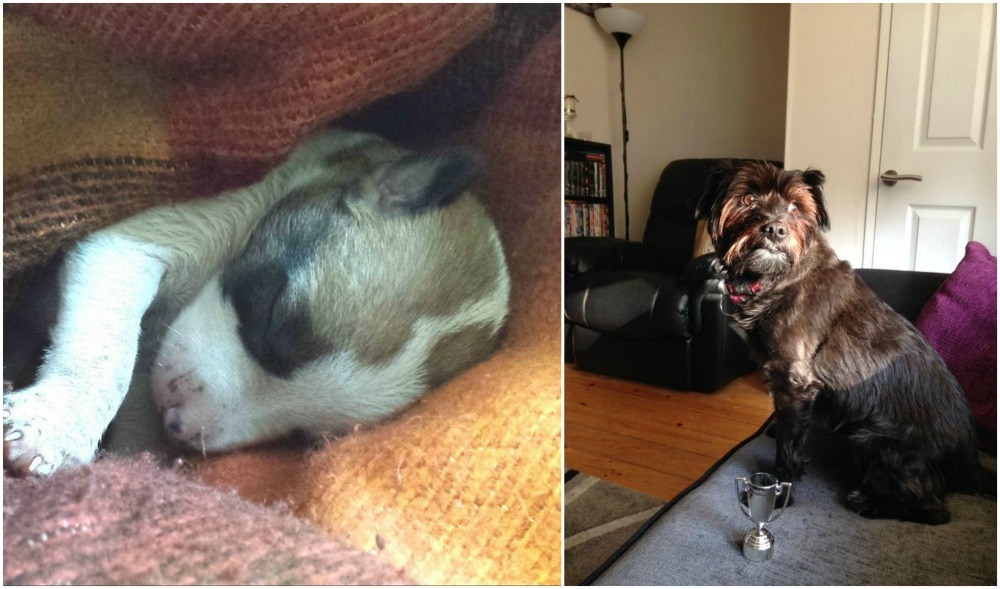 A Tallaght terrier was this week hailed as a hero after she rescued a young pup who had been dumped on a derelict site in Belgard.

Poppy was out for her daily walk with her owner when she began nosing through some dumped rubbish, which was a significant distance in off the road, near the Belgard pub.

Despite calls from her owner, Poppy would not leave the area, and she remained at the rubbish until her owner approached and discovered the young pup.

The pooch was brought straight to the DSPCA who has named her ‘Autumn’. She is to be homed with an experienced foster family.

The charity posted the young pups story on its Facebook page saying, “it’s a miracle she is alive as the place she was left is an empty almost derelict site well away from the public where rubbish is dumped in a corner.

“Autumn is only seven to 10 days old and would not have lasted probably even 24 hours if she had not been spotted by a very clever terrier.”

People were obviously outraged that such a young dog would be treated in this way, with one Facebook user saying: “I don’t know how anyone could do that to a defenceless pup. Glad she was found and is in the best hands possible now, I just don’t know why her owner just didn’t bring her somewhere in the first place”.

While another said:  “Poor little pup what a start in life being discarded like rubbish. Well done Poppy and owner for saving her and the wonderful work of the DSPCA, hope she gets the loving home she deserves”.