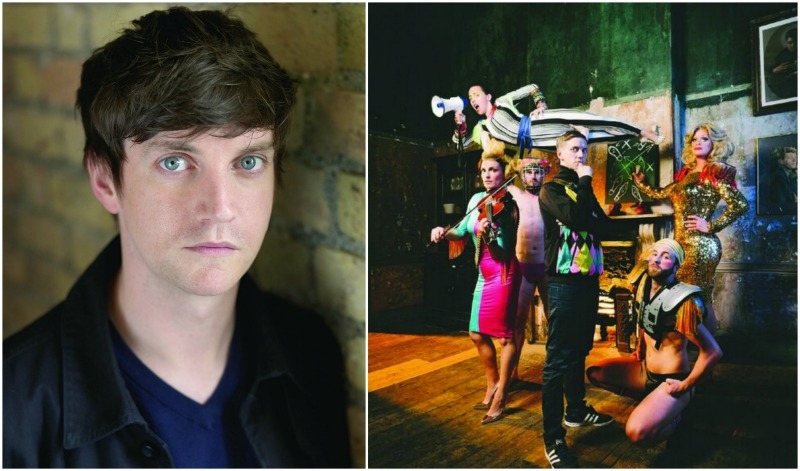 EMMET Kirwan has come a long way since getting his first introduction to performing in St Mark’s Community School, Tallaght, with the versatile, award-winning, actor and writer’s latest venture seeing him riotously rip up the stage at the Tiger Dublin Fringe.

Growing up in Raheen, Emmet (35), who is best known for writing and starring in Irish cult comedy series Sarah and Steve, has appeared in a string of TV programmes, threaded the boards of many a theatre and, as a playwright, has won the prestigious Steward Parker award for his play, Dublin Oldschool – which just finished a successful run at Edinburgh Fringe.

“I guess I got my first taste of performing in St Mark’s Community School and then I went on to join the Dublin Youth Theatre”, Emmet told The Echo.

“It wasn’t like I ever said that I wanted to be an actor. I was more in it for the theatre.

“I loved the idea of theatre and the craft of a live performance, that’s what drew me.”

Emmet, who went on to study acting in Trinity, told The Echo how Tallaght has influenced and inspired a lot of his work to date.

“You write about what you know”, he said.

“Tallaght has had a massive influence on what I write like ‘The Oldschool’ is about two brothers from Tallaght and I’m working on a new play called ‘The Last Partalonian’ and it’s based around the fact that Tallaght was built on an ancient plague grave.
“I’m also working on another play set in a video shop in Tallaght in the nineties.”

Next stop for Emmet is the Tiger Dublin Fringe Festival with ‘Riot’, a high-octane, electrifying, banging-tunes-fuelled, modern-take on a cabaret show – with music, comedy, drag and circus artists colourfully thrown together to create a unique entertainment spectacular, at the Spiegeltent, Merrion Square, for 11 performances.

Emmet, who will be reading four comedic poems, will feature alongside acts including Panti Bliss, electro-pop Irish dance duo ‘Up and Over It’, Ireland’s only Cyrwheel artist, Ronan Brady, street performance world champions ‘Lord of the Strut’ and many more.

“It’s going to be a huge spectacular variety show that is a new, modern take on an old tradition”, Emmet said.

“The show has a pop aesthetic and is going to be 90 minutes of pure adrenaline.

“It’s a big, huge night of entertainment and anyone who goes will get bang for their buck.”

Produced by THISISPOPBABY, ‘Riot’ will run from September 14 to 25 as part of the Tiger Dublin Fringe Festival.