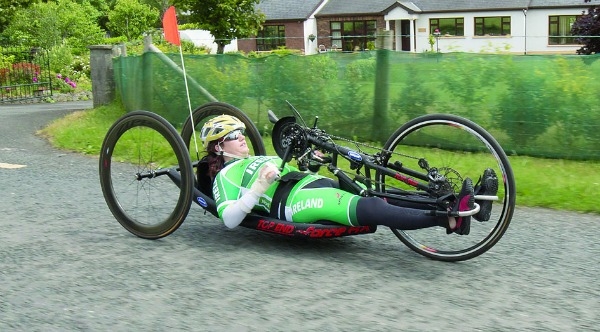 CIARA Staunton made a real go of it in her Paralympic Games debut in Rio, finishing 11th in the H2-3 Hand Cycling Time Trial.

The Tallaght woman, who is Ireland’s first ever female handcyclist competing on this stage, clocked a time of 45.28.29 in a very competitive field and will now turn her attention to the H2-4 Road Race tomorrow.

A silver medallist in the WH2 Time Trial at the World Cup meet in Ostend Belgium earlier this year, Staunton has been making huge progress in the sport.

She became a quadripl-egic in 2006 when a tree struck a car in which she was a passenger inflicting on her a C7 spinal injury.

Competing on the Paralympic Games stage is tremendous achievement for the former St Mark’s NS and St MacDara’s student who has been competing in the sport less than two years.

She has been involved in other sports, including wheelchair rugby and has competed right up to international degree with more on the programme.