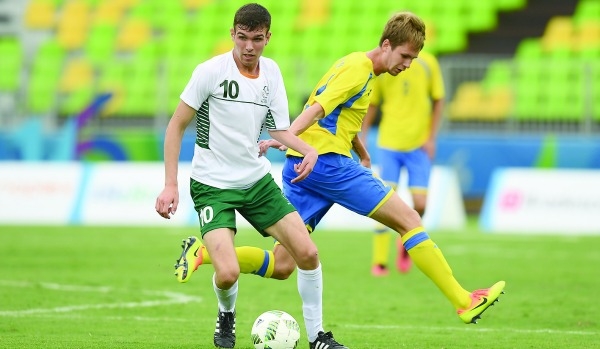 Ireland unable to finish on a high

IRELAND’S CP soccer team were unable to finish on a high at the Rio Paralympic Games, losing 2-1 to USA in the seventh place play-off last night.

The American’s took a 1-0 lead by the half time break before Dillon Sheridan from Ballyfermot equalised in the second half.

The USA regained the lead in the 55th minute to secure to clinch a 7th place finish.

The team suffered a very tough run in the group stages, losing out 6-0 to former Paralympic champions and World Number One side Ukraine in their opening match at the Deodora Stadium.

That was followed up with 7-1 drubbing at the hands of tournament hosts Brazil with Sheridan accounting for their only score when he was introduced in the second period.

Speaking about that defeat Ireland manager Barry Ferguson said “We never really came out of the traps, they’re a really good team but we never showed up, that was the disappointing thing.

“We were 1-0 down after four minutes and that was the game over. I think the atmosphere and the occasion got to us a little bit” he added.

Despite an improved performance, Ireland lost out 5-1 to Great Britain in their final group match in which they shipped two goals in the opening five minutes.

Had it not been for the performance of goalkeeper Brian McGillivary from Firhouse, the deficit would have been a lot bigger at the final whistle.

“We had the toughest group” insisted Ireland coach JJ Glynn. “If we had been in the other group we might have made the semi-final”

Instead the loss meant they had to face the USA in a play-off for seventh place.