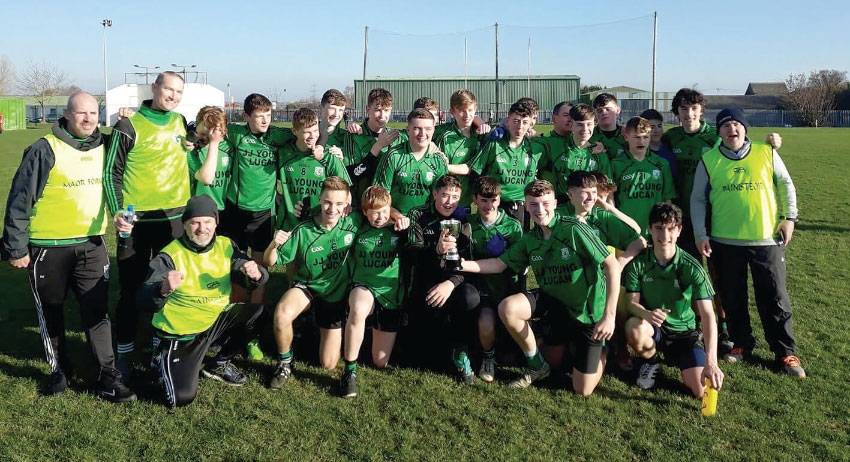 More titles roll in for Sarsfields

MORE honours rolled in for Lucan Sarsfields as both their Under 15B and Under 16A footballers won out last weekend.

While Lucan were well down in first half they were given a boost when converting a penalty late on in the half after Stephen McInerny had been fouled.

This unhinged Pats slightly and after returning for the second half, Lucan fired over two quick points.

Both sides battled hard for the lead, but in the closing seconds of the game, Lucan converted a free to clinch the victory and, with it, the league title.

Meanwhile, Lucan’s U16As won the Group A Shield Final on Saturday after they emerged from their nailbiting showdown against Ballymun Kickhams at Blakestown Road 1-9 to 1-8 winners.

Ballymun were set up well defensively and took most of their scores on the break while Lucan were carding more wides than scores in the first half and consequently trailed 0-4 to 1-5 at the break.

They regrouped and came out fighting in the second half with a goal from Oisin Ryan seven minutes in drawing the sides level.

And just when the match appeared to be heading for extra time, Lucan pinched it with a late point coming from Sean Casey.