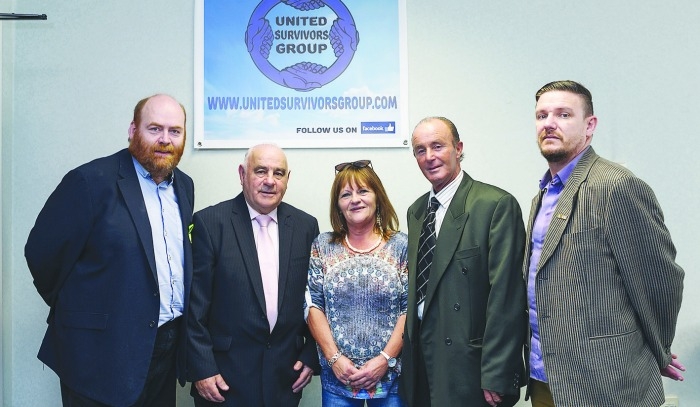 United Survivors Group made the complaint, after recent allegations appeared in the Star, that nuns were falsifying the deaths of babies before selling them for adoption in the USA in the 1940s, 50s and 60s.

The claims were made in leaked HSE reports surrounding practices at institutions in Bessborough, Cork, and Sacred Heart Institution in Galway.

Former Children and Family Services assistant director Phil Garland says the 2012 report was passed to then Children Minister Frances Fitzgerald and Health Minister James Reilly, but no action appears to have been taken.

Mr Kelly, from Kilnamanagh, spent the first 16 years of his life in nine foster homes and one institution, and registered the survivors group.

In a letter to Garda Commissioner Noirin O’Sullivan, Mr Kelly says the hidden files relate to some 1,000 mothers and their babies.

He says they “spell out all the wrongdoings and legal and criminal issues involved”, which have been “covered up”.

In a statement, the group said: “We strongly recommend that all those named in the file note/memo dated October 12, 2012 and the two confidential draft briefs dated October 12 and 17, 2012, and all other parties who had access to the serious issues raised therein should be questioned under the 2006 Criminal Justice Act.

Independent councillor Francis Timmons, said: “I call on Minister Fitzgerald and Senator Reilly to comment on what they were informed of in relation to the issues, when they were Ministers and what steps they took.

“I have put in an official complaint to the Garda Commissioner’s office. The enormous damage done to thousands of people by the Church and State needs to be exposed and all cover ups and illegal activity must be dealt with by the justice system.”