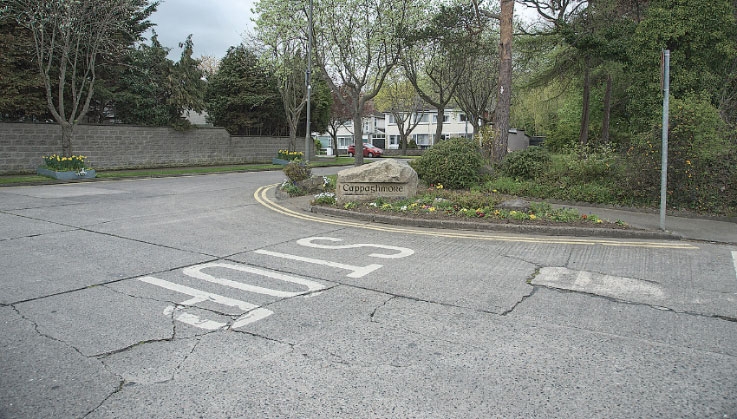 Terrifying experience for mother woken up by burglar in bedroom

A YOUNG mother was the victim of a chilling disturbance when she awoke in the middle of the night to discover a male burglar in her bedroom – who demanded to know “where is your gold”.

The mother-of-two was in bed alone at the time of the terrifying incident at Cappaghmore estate in Clondalkin on Saturday morning, April 21.

Although she was not physically harmed during the burglary, the woman was understood to be very shook up after the ordeal.

The Echo understands the lone burglar in his mid-20s, stole wedding rings, a maternity ring and a set of car keys, before leaving the scene.

He was apprehended nearby by gardai, who are also investigating if the man was involved in another burglary in Cappaghmore estate on the same night.

The woman was woken up at approximately 5am by the intruder, who demanded to know where her husband was, and where any valuables were kept.

He was not believed to be carrying any weapon.

The mother’s main concern was the safety of her young children, who were sleeping in another bedroom.

After the intruder left, she ran to her next door neighbours, banging on the door for help.

Gardai responded to the scene immediately, arresting the suspect nearby.

A garda spokesperson said the suspect gained access through the front door, and took a number of valuables from the property.

“He was arrested, charged, and appeared in Blanchardstown Court on April 23.”

None of the items stolen have been returned to the owners at the time of going to print.