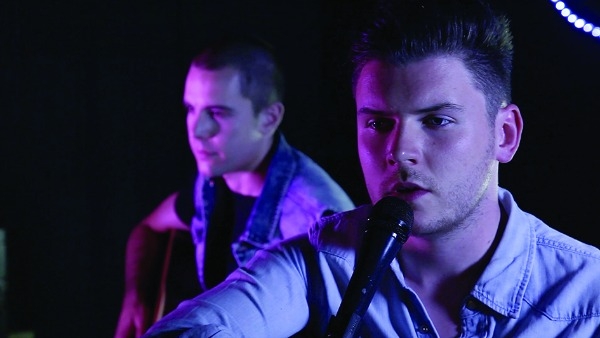 For a long time, Jason wanted to get into the movie business initially by writing screenplays. He has directed a number of music videos and after studying English in NUI Maynooth, it was a natural fit to go into screenwriting.

He told The Echo: “It is something that I have always been interested in doing and there was a certain amount of upskilling in moving into directing”.

An accomplished musician, Jason played in a number of bands and was also a singer-songwriter and music is at the heart of Shoebox Memories. Jason’s songs feature throughout the film.

Independently produced and crowd-funded through indiegogo, Shoebox Memories is a love story inspired by music.

The film follows a jaded musician, Chris (Colm Gavin), as he has his heart broken, meets Emma Jane (Jemma NicLochlainn), embarks on a no-strings-attached relationship and struggles not to fall in love.

As he experiences the highs and lows of his new-found relationship, Chris deals with his feelings and frustrations the only way he knows how by playing music.

Jason said: “Each song is a chapter in a period of the relationship.”

At the moment, Jason and his team are looking at different distribution options with Shoebox Memories on the festival circuit.

You can find out more about the film at: www.facebook.com/shoeboxmemoriesfilm