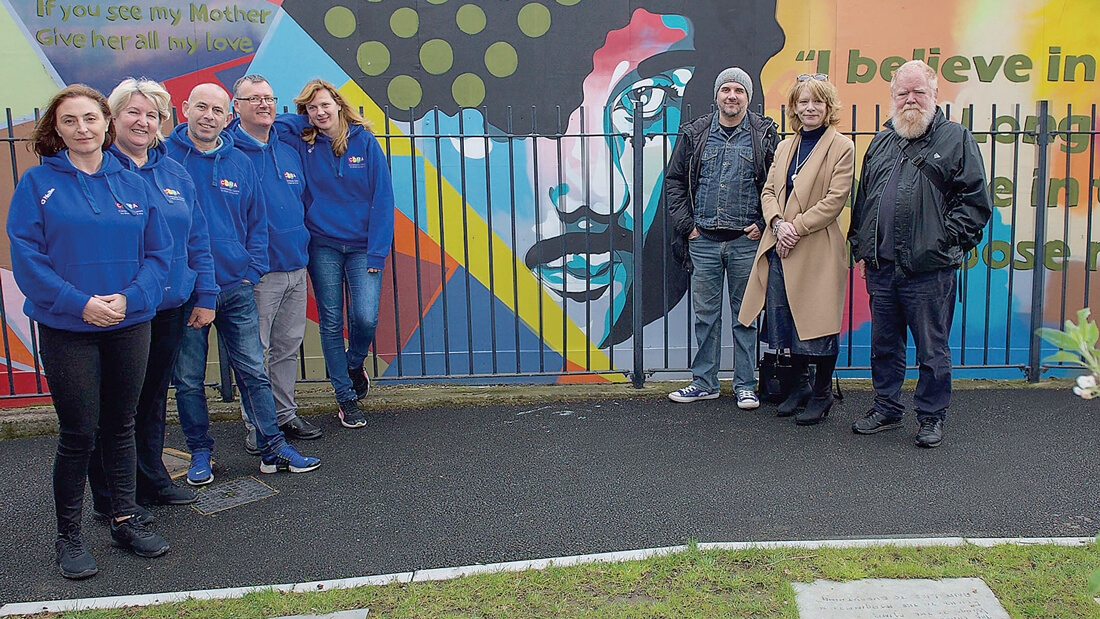 Mural of Phil Lynott unveiled in his home town of Crumlin

THE spirit of famous musician Phil Lynott shone brightly in his home of Crumlin this week, after the unveiling of a mural in his honour at St Agnes Community Centre for Music and Arts.

Dublin City Council commissioned the mural, which was carried out by Down to Earth Community Arts group.

“Down to Earth initially started work on the mural in November but the weather wasn’t great, there was a lot of rain when they were working outside on it.

“But they went back at in when they could, depending on the weather.

“It is a very big mural, located at the premises of the centre. We would get about 300 to 400 people through the centre every week.”

The Echo understands Phil Lynott’s mother Philomena was unable to attend the launch of the mural on Tuesday morning, but she sent her best wishes to all involved.

Irish rock icon Lynott was prominent in the 1970s and 80s, achieving mainstream success with his band Thin Lizzy.

He was born in the UK in 1949 but Philomena sent him to Crumlin to stay with his grandparents, after he suffered from racism at a Manchester school.

By all accounts, Phil Lynott had a happy childhood growing up in Crumlin.

In 2005, a life-size bronze statue of Lynott by sculptor Paul Daly was unveiled beside Grafton Street.