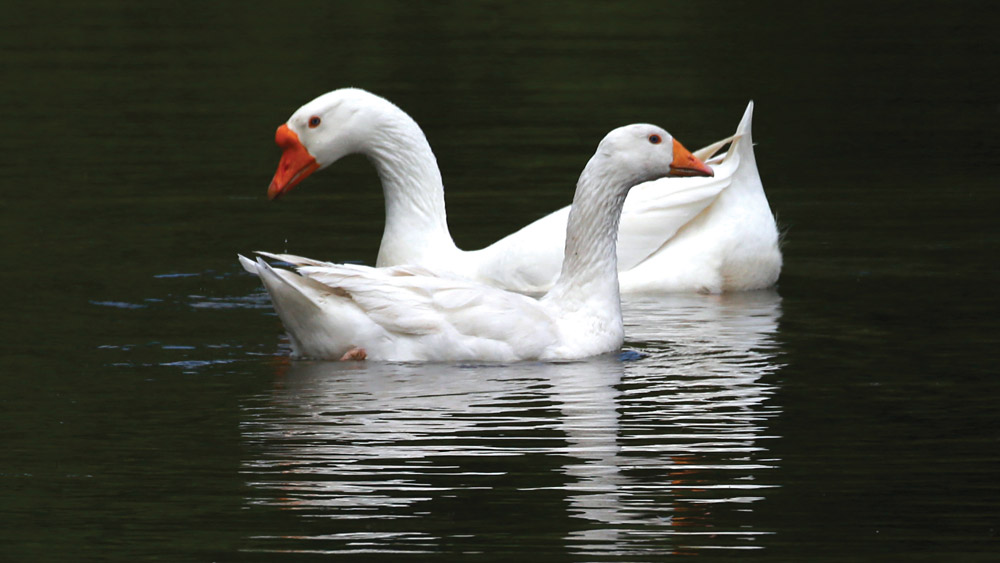 A GOOSE that was a regular sight to many at the lake in Tymon Park hasn’t been seen since last Friday – sparking fears that it may have come to harm or been taken.

The goose, called Beaker, was one of a pair of inseparable geese in the park – the remaining goose, Statler, has been spotted alone in the lake in recent days with no sign of Beaker.

Volunteers from the Friends of Tymon Park have been looking for the bird for several days but have found no trace of it despite their best efforts.

Brian MacCormaic from the Cairde Pháirc Thigh Motháin – Friends of Tymon Park group told The Echo: “I went down on Saturday and Sunday, and there was still no sign of the goose.

“It was so tame, it would come over and take food out of your hand. I don’t know what’s happened, I can’t say for definite.

“When they go missing, usually you find the remains of it after being attacked – but this goose has just gone without a trace.”

This is particularly worrying for the volunteers, as the two geese have always been a pair since Beaker was brought to the park by the volunteers last year, so the existing goose would have a companion again after a previous goose in the park was attacked.

“When we got her a year ago, she went straight into the water and over to the other goose that was there,” said Mr MacCormaic.

“She swam around him once, and then they were friends for life – they were inseparable since then.”

The absence of Beaker has also been keenly felt by park users, with Kilnamanagh resident Ria O’Connor expressing her sadness at the situation.

“It’s very upsetting to use the park and know that a goose has gone missing,” she said. “You can see the lone goose calling out for the mate it used to have.

“It’s gone without a trace, and because there’s no feathers or plumage, some people think it might’ve been taken. It’s just very sad.”

Mr MacCormaic said the goose may have gone to an island in the middle of the pond, however he has not been able to see her there, and her absence is a cause for concern.

“The other possibility is that she went onto the island, but she hasn’t been seen in the water and there’s nowhere else she would’ve gone to,” he said.

“There’s no proof or evidence of it, but all that we can think is that someone has taken her.”

The Echo asked South Dublin County Council if it was aware of the disappearance of the goose, but a response wasn’t received at the time of going to print.