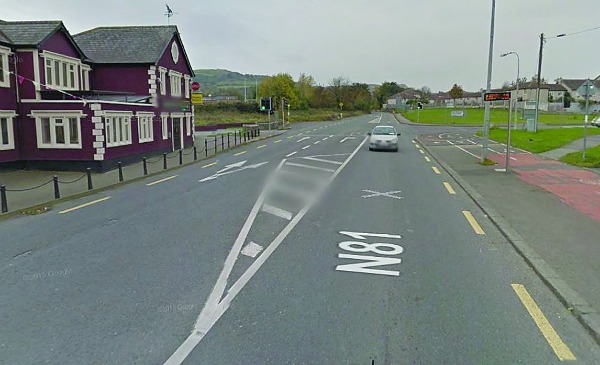 A ROUTE for the improvement of the N81 secondary road between Tallaght and Hollywood Cross in Co Wicklow has been approved by Transport Infrastructure Ireland (TII) – almost a decade since the public consultation process began in 2008.

This report will help push forward the plans and will improve a stretch of road that has seven times the national average of head-on collisions, with the design process due to take place in the next stage of development.

The long-awaited improvement was approved for Kildare County Council, who will be undertaking the project on behalf of Kildare, Wicklow and South Dublin County Councils.

The plans will see an upgrade of 31km of the N81, with a focus on improving the road safety and journey times for motorists using the road.

In the briefing report, the existing N81 is characterised as being a single-lane carriageway with “poor horizontal and vertical alignment” that does not have a hard shoulder or hard strip for “considerable lengths”.

It also states that due to the constraints, there are “limited overtaking opportunities” which lead to “driver frustration which inevitably lead to motor accidents”.

The route will see the construction of a type two dual carriageway, with two lanes on either side from Blessington, through the townlands of Hempstown (East of the N81), Brittas (Gortlum/South County Golf Club), Raheen, Crooksling, Slade, Boherboy and Kiltalown (Hazel Grove Golf Club) where it will link with the Tallaght by-pass.

The report was welcomed by Fianna Fáil councillor Charlie O’Connor, who said that that progress is needed along that stretch of the N81.

He told The Echo: “There is a definite need for progress along that particular route – once you pass the Jobstown Inn, the road quality drops considerably.

“[The publication of the report] is a sign that there is movement with this development. The road needs to be improved, but there are some concerns being expressed about the route of which changes needed to be managed and considered.”

A report on the route chosen is available to view in the South Dublin County Council offices in Tallaght.