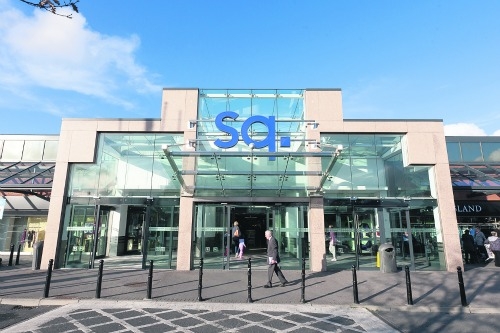 Nama has this week lodged a lawsuit against Dunnes Stores in relation to the retailer’s blocking of a €40 million extension to The Square shopping centre.

As reported in The Echo, an ambitious 21,000m2 expansion of The Square, which would double the size of the Tallaght shopping centre, was given the green light by South Dublin County Council in early 2014 – paving the way for two large, new department stores and eight shops of varying size.

The development also has the potential to create up to 200 construction jobs and 400 full and part-time jobs when complete after an expected 18 month building programme.

However, the planning permission granted by the council, backed and financed by Nama, was appealed to An Bord Pleanala by anchor tenant Dunnes Stores.

The grounds of appeal included the validity of the application, future access and parking arrangements, traffic patterns and circulation, the lack of consultation with stakeholders, the absence of a detailed construction management plan for a development that will affect an operating major town shopping centre and the validity and adequacy of the Environment Impact Statement.

Despite Dunnes’ argument that it felt it was, as a prominent stakeholder, left out of the application design process, An Bord Pleanala upheld the council’s decision and granted permission.

The planning authority’s ruling did not stop Dunnes, which then launched a legal challenge to the planning permission granted.

In the High Court last November, Mr Justice Seamus Noonan granted Dunnes leave to bring an action against An Bord Pleanala – aimed at quashing the planning authority’s decision for the extension.

This morning, in The Irish Times, it was revealed that Nama has this week filed a lawsuit against Dunnes in the High Court, which is the first time the State property agency has directly challenged Ireland’s biggest retailer in court.

Speaking to The Echo, Tallaght councillor Mick Duff (Labour Party) said: “I personally think Dunnes Stores has gone too far in blocking this development, and I hope there is a swift conclusion to this for both sides and development can start as soon as possible.”

“The Square is a valuable asset in the community, which recently celebrated 25 years.

“There is a demand for more retail and more job opportunities in the area, we need this extension.”

Nama declined to comment when contacted by The Echo this morning, and a representative from Dunnes Stores was uncontactable.

NEWER POSTTallaght Person of the Year: And the nominees are…
OLDER POSTThe Echo Lucan edition 12 November 2015