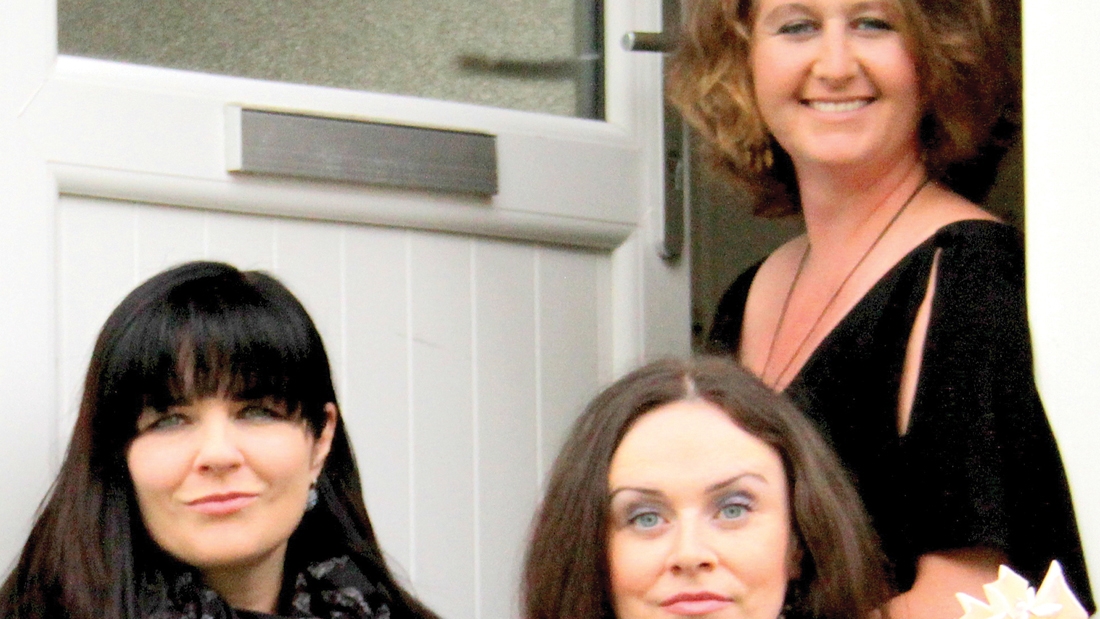 Natural Born Strugglers: Editing of series goes on during lockdown

A Ballyfermot filmmaker and scriptwriter has spent lockdown editing the scripts for her new series ‘Natural Born Strugglers’, after work on the show had to be halted as the country went into lockdown as a result of the pandemic.

Rita-Marie Lawlor, who is a past pupil of Caritas College, held a premiere for the pilot episode of the series, which centres on three housemates who work in creative industries, shortly before lockdown began.

The pilot episode was well received, where the audience was introduced to the main characters in the series, namely documentary maker Ali (Ashlie Christie), musician Josie (Justine O’Rourke) and photojournalist Melanie (Rita-Marie).

“It focuses on a lot of social issues,” said Rita-Marie, when asked to describe the series, “things that people are generally dealing with in life and being in certain fields like media, music and filmmaking – how hard it can be to actually earn a living, and showing people how tough it is.

“It’s hard work, and I want to get that across personally – being an independent filmmaker, photographer and also very familiar with the music industry too.

“It also deals with the three main female characters’ personal struggles, with relationships, life in general and dealing with homelessness, addiction and financial struggles living in Dublin, and being forced to share a house because there is no other option.”

Work was expected to continue on the remainder of these series, but these plans were scuppered as a result of the pandemic – however this also gave Rita-Marie the opportunity to redraft the other episodes.

“I wrote all of the episodes last year, but have re-drafted them and worked on script editing, which is what has to be done to get them ready for what is called ‘shooting scripts’.

“It’s all about mapping out where we are going with it and the next step. It was the perfect time to do it during lockdown, as most writers go into lockdown to get work finished anyway!”

“The scripts are ready to go and we do need to raise funding,” she said. “We are doing all we can to promote it and to generate a following of people who want to see what’s coming next.

“We are also considering making it into fifteen-minute episodes and releasing it on YouTube to have its own audience or, if anything else changes in the meantime, to get it commissioned and made into half hour episodes for TV.

“Either way we will be making it happen, and we are thick in preparation again for whenever we feel it’s ready to go.

“There’s a lot of work to be done, but everyone truly believes in it and that, in itself, is half the battle.”

Updates and more information on ‘Natural Born Strugglers’ can be found on www.rmlfilms.com and on Facebook @naturalbornstrugglers.

NEWER POST80-year-old twins reconnect with members of their mother’s family
OLDER POSTDelush: The journey to zero