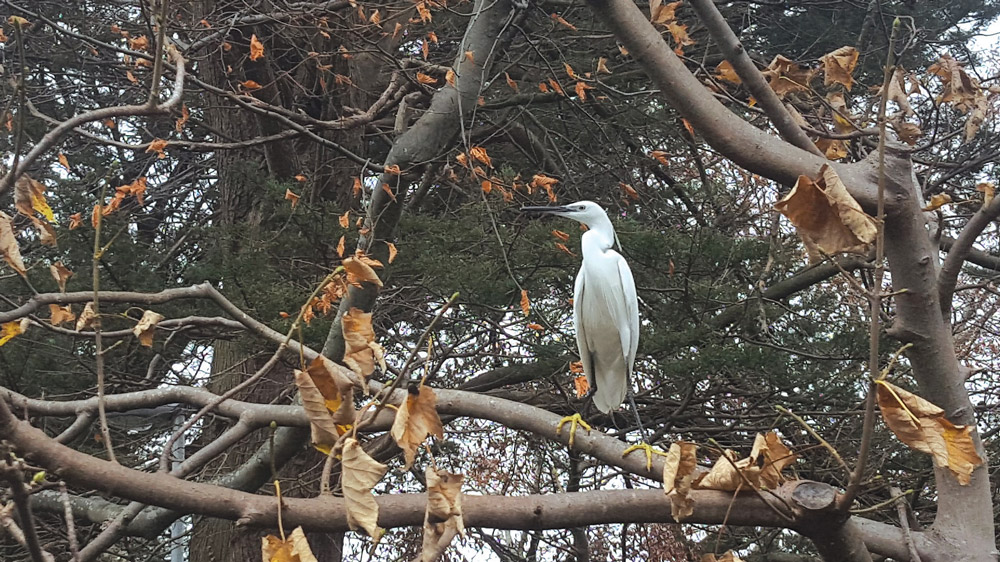 Nature on our doorsteps: Long-legged Herons

The Grey Heron is a familiar tall, long-legged, mostly grey-coloured bird of rivers, streams, and the edges of lakes and ponds.

The series of wetland ponds in Sean Walsh Park, Tallaght, supports a particularly healthy population of this species.

Herons feed on fish, frogs, insects, young chicks of other waterbirds, and even small mammals like field mice and young rats.

They stand quite still until they spot something of interest. Then they quickly dart out their very long necks to catch their prey.

Its bill and long legs are shiny black, and it has distinctive bright yellow feet. 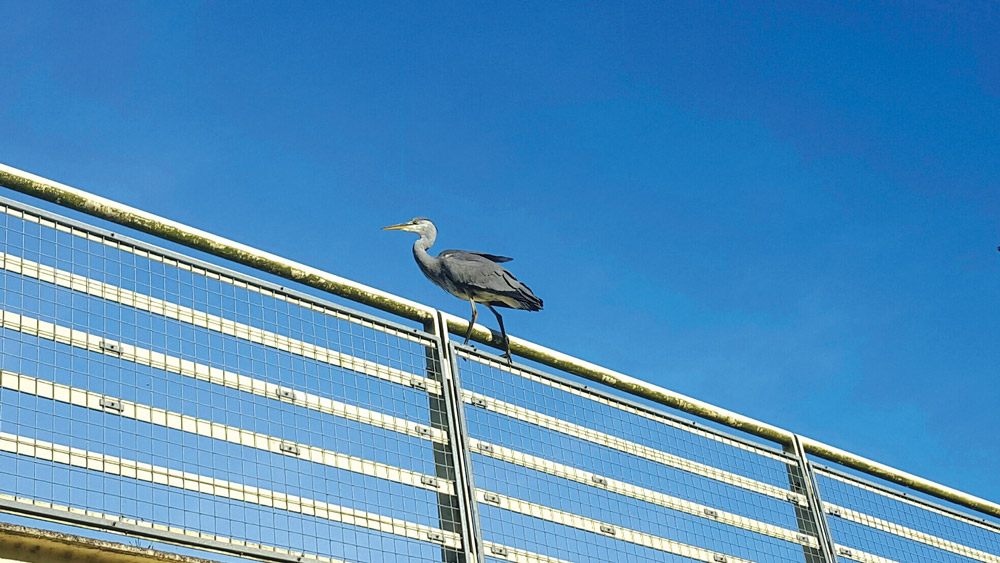 The Grey Heron has long grey legs and a long neck

Due to its size and its heron-shape, the Little Egret is sometimes mistaken as being simply a white Heron.

They are a separate species, however.  They have moved northwards from their home territory in the Mediterranean in the last 40 years, and they are now happily colonising Ireland.

The Little Egret feeds on the same type of prey as the Grey Heron, but it particularly likes to hunt water insects hiding in the mud.

It uses its large yellow feet to shuffle and stamp through the mud, and this lifts the insects into the water where it can more easily catch them.

Another relative of the Heron is the Bittern, the bird referred to in the classical Irish poem, An Bonnán Buí.

Unfortunately, this bird became extinct in Ireland in the 1850s due to hunting and the loss of its marshy wetland habitat.