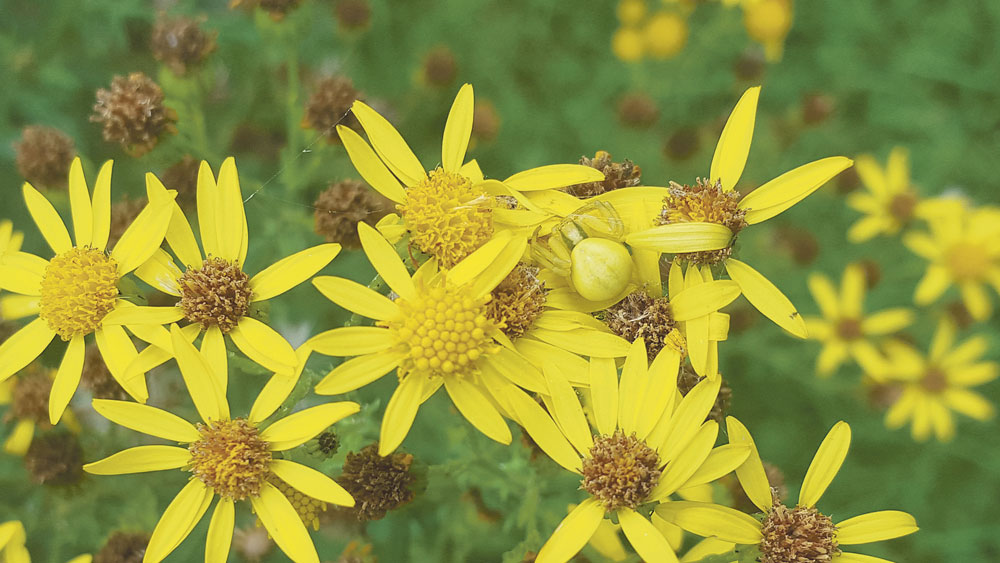 This yellow crab spider is well-camouflaged amongst Ragwort’s flowers.

In August, Ragwort’s bright yellow daisy-like flowers are noticeable along roadsides, in grassy meadows, and on abandoned urban sites.

Because Ragwort contains toxins, it is listed as a noxious weed. Grazing animals generally avoid eating it when it is growing, but they cannot distinguish it from dried grass when it is mixed with hay. Under these situations, Ragwort can cause liver problems for farm animals.

Ragwort, however, is a key supporting plant for a wide range of other species. Many insects feed on its plentiful supply of pollen and nectar, including pollinators like honeybees, solitary bees, bumblebees, butterflies, moths, beetles, flies and hoverflies. 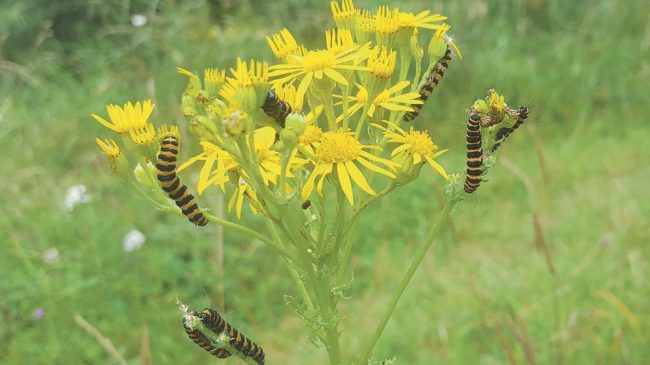 Caterpillars and other larvae will also eat Ragwort’s leaves and flowerheads, helping to naturally control the vigour and spread of the plant.

The Cinnabar Moth’s caterpillar relies completely on Ragwort. Numbers of these moths had declined in the 20th century due to control of Ragwort. In recent years as control measures have slackened, moth numbers are increasing once again.

All of Ragwort’s pollinators and insect grazers are also important food sources themselves for many other insects, spiders, birds, and bats.

While Ragwort retains its reputation as a noxious weed, in a time of biodiversity crisis the understanding of its importance as a key link in the food chain for many other species is growing.