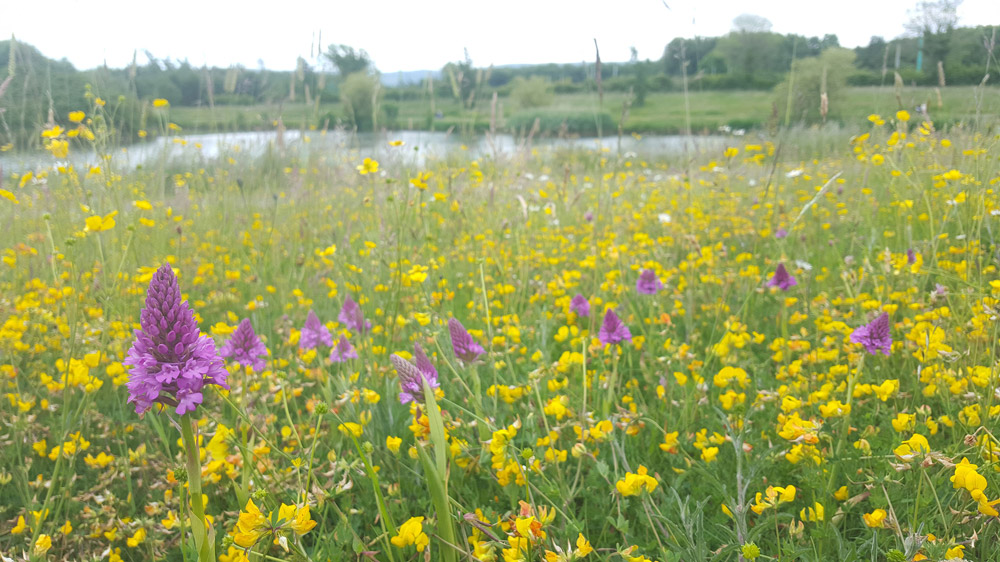 Nature on our doorsteps: Stars of the Meadows

Over the past number of years South Dublin County Council has been operating a management programme of grass-cutting in selected areas for the benefit of biodiversity.

Meadows are allowed to grow and flower throughout the growing season and they are only cut once a year, either in autumn or in early spring.

The cut grass is also removed, so that nutrient levels in the soil are reduced. This suits wildflower species.

Many more wildflowers have time and space to bloom and to set seed, and this in turn offers much more pollen and nectar to a wider range of insects.

Also, because some areas are not cut until springtime, there are more places for insects to overwinter in dead stems and grassy tussocks.

To monitor the effects of this management, the biodiversity in the meadows is regularly surveyed, and the results are beginning to show.

Some unusual wildflower species that had not been recorded before in the meadows of South Dublin County are now appearing.

Some of these wildflowers are more commonly found in other parts of the country, but they can occur in South Dublin County because of the soil type that exists here, and also because of the way the meadows are now being managed.

These ‘Stars of the Meadows’ include high numbers of wild orchids, namely the Pyramidal Orchid and the Bee Orchid. 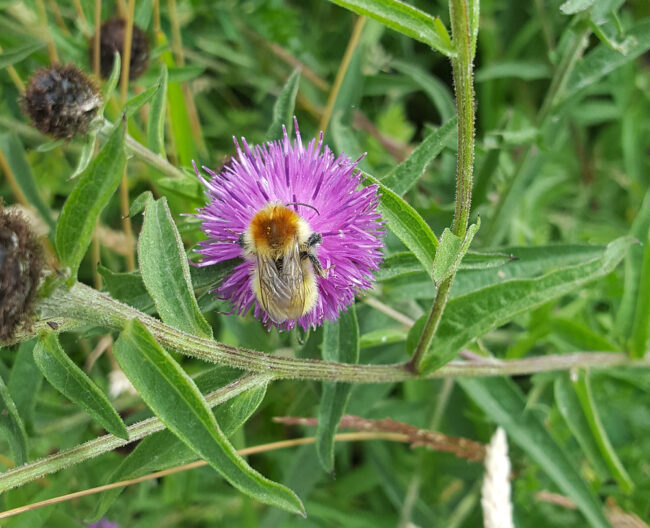 The beautiful Moss Carder Bee depends on flower-rich meadows for its survival.

Letting the grass grow in June and July allows these to flower.

Other wildflowers like the lovely yellow Goatsbeard have a limited distribution throughout the rest of Ireland.

However, the number of flowering stems of this plant have been gradually increasing in the meadows.

This is due mainly to the altered mowing patterns which allows the plant to flower, set seed, and spread.

The delicate blue Pale Flax is a delightful plant to see swaying in the breeze amongst the tall grasses.

This is much more common along the southeast coast of Ireland, but it too is becoming more frequent now in our park meadows.

For insects, this abundance of flowers has had very positive impacts.

The park meadows have good populations of the Red-tailed bumblebee, a species which has declined in the countryside.

The Moss Carder bumblebee is described as being ‘near-threatened’ because of loss of habitat.

Because it prefers not to fly very far from its nest to find food, this beautiful bee needs to live very close to plenty of flower-rich meadows in order to survive.

Flower-rich grasslands and gardens are therefore very important for these and other insects.

This makes the flowering meadows in our public parks an incredible oasis for biodiversity in the urban environment.