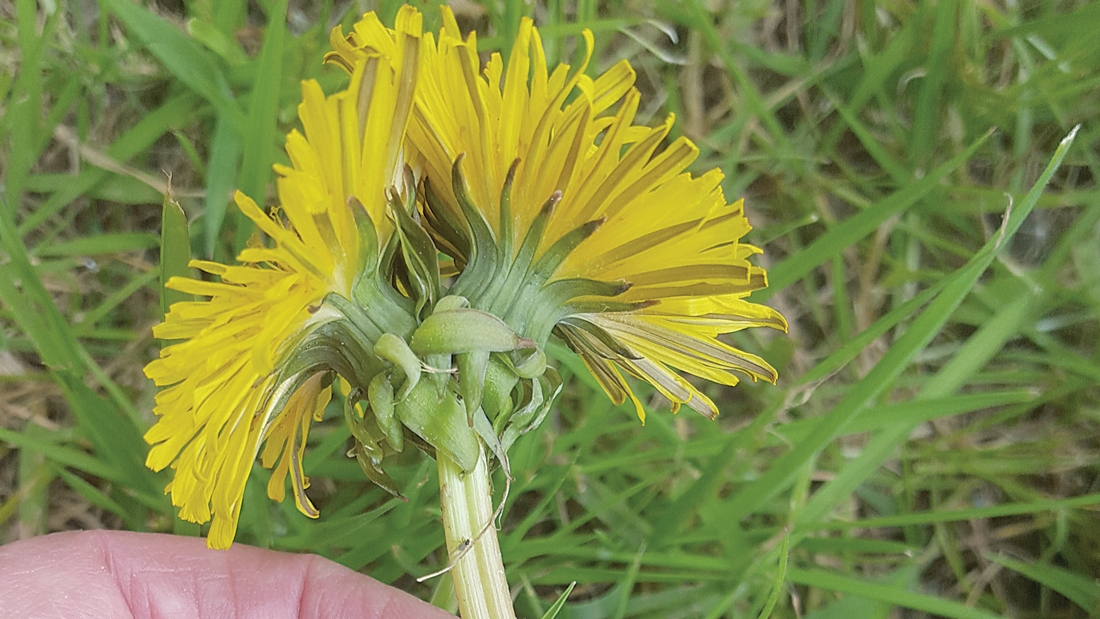 Nature on our doorsteps: Two for the price of one

Most people will instantly recognise the bright yellow flowers and the rounded fluffy seed heads of Dandelions.

It is worth taking a closer look, however, at the next patch of Dandelions that you pass, as you might see an unusual feature that can occur sometimes with certain plant species.

Abnormal growth in some Dandelions occasionaly results in 'Siamese twins'

The flower of the Dandelion normally blooms at the top of a long tube-shaped stalk, with one single flowerhead per stem. Occasionally though, you might see two flowerheads growing together on the stem.

This unusual two-headed condition is known as ‘fasciation’. It can occur when the growing tip of the plant becomes damaged in some way, either by a bacterial, fungal or viral infection, by a genetic mutation, or by an imbalance in the plant’s growth hormones. Insect attack may also be involved.

This damage causes abnormal growth to occur in the growing tip, resulting in the development of two closely connected flowerheads on a stem instead of one. The stems themselves can also be distorted, growing as a flat ribbon-shaped stalk or as a double ‘Siamese twin’ stem.

In Dandelions, both flowers can continue to develop and produce seeds. It is unclear however if the two-headed condition will be passed onto the new seedlings.

This two-headed Dandelion was spotted in the Dodder Valley Park

So, give Dandelions a second look.